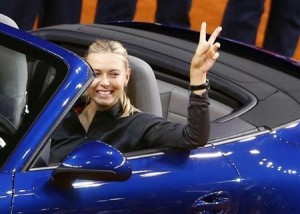 Roughly 1.7 million people are planning to take part in May Day demonstrations today in over 1,000 Russian cities and towns, according to a trade union representative; gay rights activists are planning to hold ‘Rainbow Mayday’ demonstrations in Moscow and St. Petersburg.  The Moscow mayor’s office says it won’t sanction an Opposition Coordination Council march for next Tuesday, arguing that ‘holding a rally on a working day is impossible’.  Rights group Agora says that activists have allegedly registered 267 inspections of NGOs all over Russia since the process began in March – itself included.  Agora says it will not comply with ‘unlawful’ demands to register as a ‘foreign agent’.  The Memorial rights center, also called upon to register as a ‘foreign agent’, plans to ignore the request.  Surgutneftegas’s disclosure of mammoth cash reserves has underlined ‘the lack of transparency that continues to weigh on the state-dominated sector,’ says Reuters.  Duma lawmaker and opposition member Ilya Ponomaryov is being sued by the Skolkovo Foundation, for as yet unspecified claims relating to a disputed contract for lecturing and research work.

Bloomberg criticises the Ukrainian prime minister for taking ‘dozens of steps to “Putinize” the country by concentrating power to create a Russian-style managed democracy’.  This article considers Gazprom’s relationship with the E.U. and how its current struggles are affecting energy export revenues.  Russia has banned its airlines from flying over Syria after a passenger plane was detoured earlier this week to avoid danger from fighting on the ground.  In the wake of reportedly increased cooperation between U.S. President Barack Obama and President Vladimir Putin in the wake of the Boston bombing, Obama praised Russian officials for being ‘very cooperative’ and suggested that the bombers were ‘self-radicalized’ and not part of a wider terrorist network.  U.S. Secretary of State John Kerry will visit Russia next week for in-depth talks on Syria, Iran, and terrorism.  The owner of a nightclub in Perm, where a fire killed 156 in 2009, has been sentenced to almost ten years in prison.  Charges may be brought against a firefighter, politician, and nurse in connection with last week’s psychiatric hospital fire.  A Kaliningrad police officer has been jailed for four years for illegally detaining and beating a man.

Vladimir Putin will attend the opening of St. Petersburg’s new Mariinsky Theatre this week; he is reportedly planning to resuscitating the Soviet-era ‘Hero of Labour’ stars, awarded to citizens for their good deeds.  E.U.-based online clothing retailer Asos is planning to launch a Russian venture.  The Guardian pokes fun at The Telegraph for some pro-Kremlin-bias reporting.