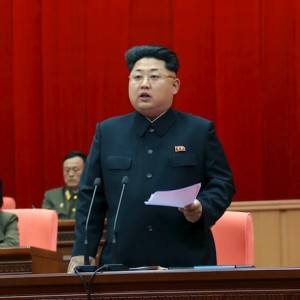 North Korean leader Kim Jong-un will not travel to Moscow for the 70th anniversary Victory Day celebrations as originally planned, due to ‘internal Korean affairs’, according to Putin spokesman Dmitry Peskov.  Although the Kremlin has asserted this will not affect bilateral relations, ‘the decision could be a blow to the burgeoning diplomatic relations between the two states – Kim was among just 26 world leaders who accepted invitations to the event’, says The Independent.  A South Korean newspaper has speculated that the North Korean leader’s decision was to do with Moscow’s refusal to offer ‘special treatment’.  President Putin has written an article for the Russian Pioneer magazine recalling how the war affected his family.  Whilst Putin, German Chancellor Angela Merkel, French President Francois Hollande and Ukraine’s President Petro Poroshenko have acknowledged a ‘certain progress’ in the ceasefire in eastern Ukraine, NATO’s top commander has warned that Russia’s military may be using the relative stability of the truce to prepare for a new offensive.  Since European sanctions are likely to continue through the summer, Russia is expected to extend a ban on Western food imports beyond an August 7 deadline.  ‘Maybe I have a masochistic streak – I actually still enjoy it’:  NATO’s envoy to Russia talks about the perks and perils of his occupation on RFE/RL.

Chechen leader Ramzan Kadyrov has said he is willing to give evidence in the murder case of opposition politician Boris Nemtsov if it would assist the investigation.  In evidence of the Kremlin’s intolerance of government critics, Twitter has blocked a satirical account of Rosneft chief Igor Sechin, which had attracted more than 27,000 followers, after state media watchdog Roskomnadzor complained that it violated privacy laws.  For the first time in twenty years, The Moscow Times will be owned by a Russian: Finnish media group Sanoma has announced it will sell the daily to Russian businessman Demyan Kudryavtsev.  It has also signed a deal to sell its minority stake in influential business daily Vedomosti, as a result of the new regulations under President Putin that limit foreign ownership of the press.  A journalist in Smolensk has been fined for posting a historic photo of a courtyard under Nazi occupation on VKontakte, as the authorities crack down on any use of Nazi insignia ahead of Victory Day.  The Central Bank has cut interest rates from 14% to 12.5%.  The ‘Borscht Index’ is the brainchild of a retired journalist who sought as a new system of monitoring Russia’s increasing food prices, safe in the knowledge that ‘the borscht does not lie’.

Nicaragua’s parliament has authorized the creation of a ground station in the Central American country for a Russian satellite network.  As ties between Russian and China warm, it has been announced their navies will perform joint exercises in the Mediterranean in May.