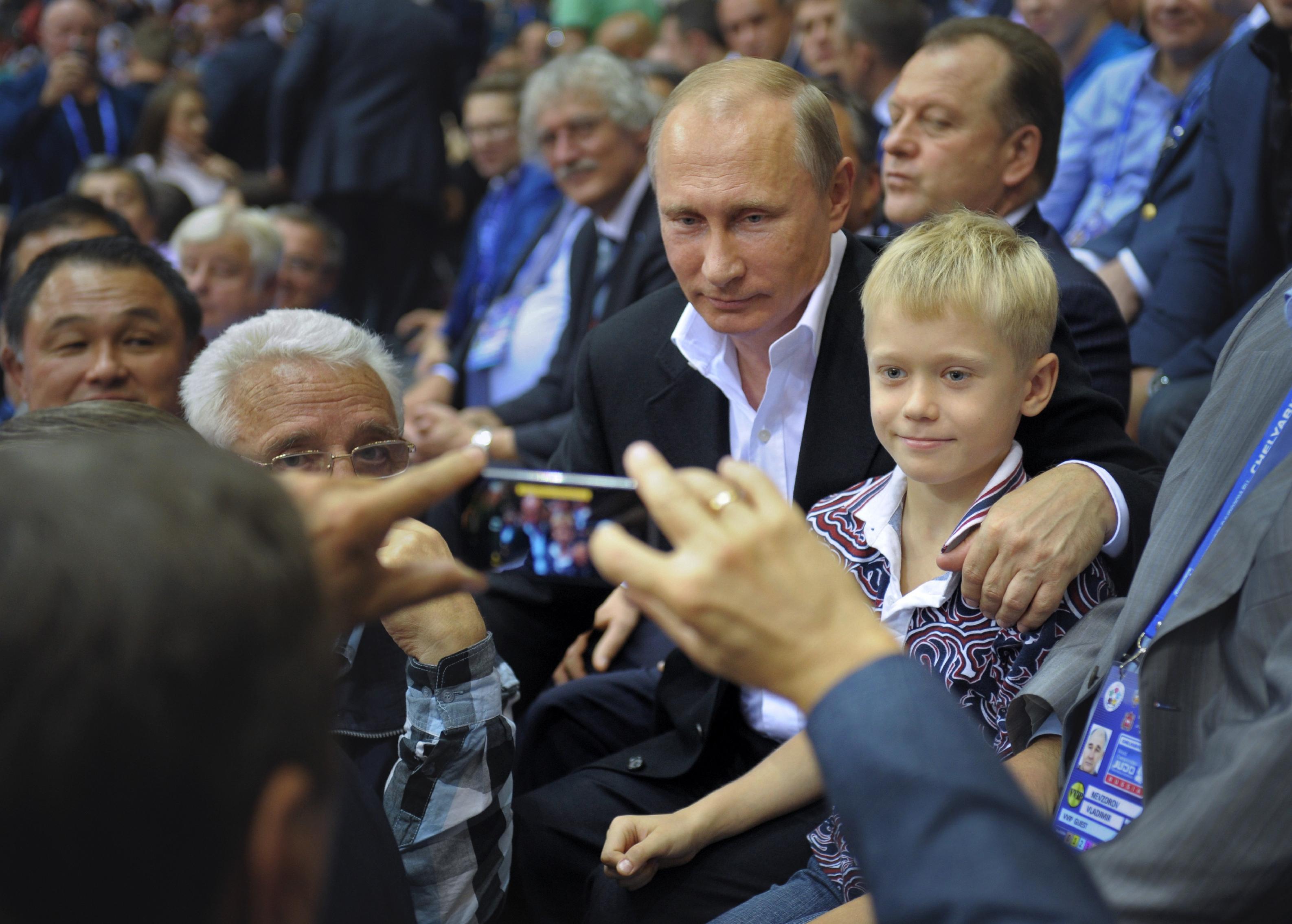 In a new interview broadcast on Russian state television, President Vladimir Putin said he wants Kiev to enter talks with Moscow on ‘statehood’ and ‘political organisation’ for south-east regions of Ukraine, sparking fears that such a ‘vague and provocative turn of phrase’ heralds new, aggressive territorial moves; although his spokesman Dmitry Peskov was quick to deny that Putin was calling for a separate state or sovereignty: ‘The president was talking about inclusive talks’; Peskov also emphasised the official view of the crisis as ‘a domestic Ukrainian conflict’.  Putin also said that Moscow would not stand aside whilst people are ‘being shot at almost at point blank’ in eastern Ukraine.  Attending an event at a youth camp last week, Putin painted Ukraine as the unequivocal enemy, comparing its military’s actions in eastern regions to the Nazi siege of Leningrad during WWII.  Putin is now in Yakutsk, waiting to take part in a ceremony marking the beginning of construction on a gas pipeline to China.  U.S. officials at this point are in favour of arming the Ukrainian government, a bid to help it fight what it is now calling ‘a Russian invasion’.  The E.U. says it will expand its current Russia sanctions by the end of the week.  NATO has announced the locations of its five new bases aimed at protecting against the threat from Russia.

Lev Shlosberg, a Yabloko party member in the Pskov region, was beaten unconscious by unknown assailants, with many saying that the attack is linked to Shlosberg’s spearheading of an investigation into the disappearance of troops from the region earlier this month – possibly into Ukraine.  The New York Times catches up with PR firm Ketchum’s Russia account – the primary aim of which ‘is to promote investment in Russia’.  Rosneft says it plans to invest $400 billion into Arctic projects by 2030.  12 McDonald’s branches in Russia have now been closed over alleged sanitary violations.

Today marks the ten-year anniversary of the Beslan hostage crisis, with many questions about the perpetrators still unanswered.  RFE/RL talks to a woman who survived the event.

PHOTO: Russian President Vladimir Putin, center, poses for a photo with a boy as he attends the Judo World Cup in the city of Chelyabinsk in Siberia, Russia, on Sunday, Aug. 31, 2014. (AP Photo/RIA Novosti, Alexei Druzhinin, Presidential Press Service)