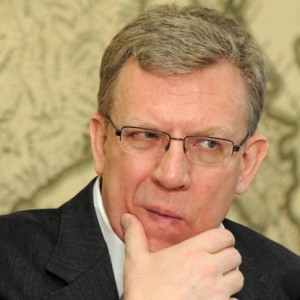 Russia has accused the E.U. of breaching ‘ethical standards’ by making public the list of European officials who have now been banned from entering the country.  Foreign Minister Sergei Lavrov described Russia as ‘deeply disappointed’ by the bloc’s decision to publish the blacklist.  Russia reportedly plans a dramatic increase in military exercises this summer, underscoring indications that there may be a new offensive in Ukraine.  This is not a simple decision for Putin, however, as RFE/RL’s Brian Whitmore points out, ‘every bit of territory Vladimir Putin takes away from Ukraine costs Moscow more and more of the fifth column it has spent decades developing inside the country’.  Poland appears to be taking the threat of Russian aggression seriously.  A group of citizen journalists claim to have found evidence that the Defence Ministry used doctored photos to accuse Ukraine’s military of shooting down the MH17 passenger jet last year.  According to a statement from Rosatom, Russia will begin construction on a second nuclear plant in Iran this year.

Plans are afoot to bring next year’s parliamentary elections forward three months to September 2016 via new legislation.  Opponents of the measure argue that this is to ensure lower turnout as the authorities fear the recession might dent the government’s popularity and propel the opposition. Nikolai Alexeyev, the leader of Saturday’s gay pride parade in the capital has been sentenced to 10 days in jail for ‘disobeying police orders’.  In St. Petersburg, a former employee of Russia’s ‘internet troll factory’ has appeared in court in a lawsuit against her former employer, drawing attention to the Kremlin’s use of social media to influence public opinion.

The World Bank has some good news for Russia’s economy, which it expects to contract less dramatically this year than previously thought, due in part to the rebound in oil prices.  Former Finance Minister Alexei Kudrin, who left his position in 2011 amid disputes over military spending, has said were the government to introduce reforms, he would not exclude the possibility of returning to the post he held for eleven years.  As sanctions continue to stymie Russia’s economic interaction with the West, the Central Bank has said it is contemplating proposing a BRICS SWIFT to its emerging market partners.  Sberbank has announced its intention to implement Islamic banking regulations in the country’s traditionally Muslim areas, such as Tatarstan.  Whilst Russian gastronauts may have lamented the disappearance of French fromage from their supermarkets, the domestic cheese industry has proved a winner of Russia’s food import ban.