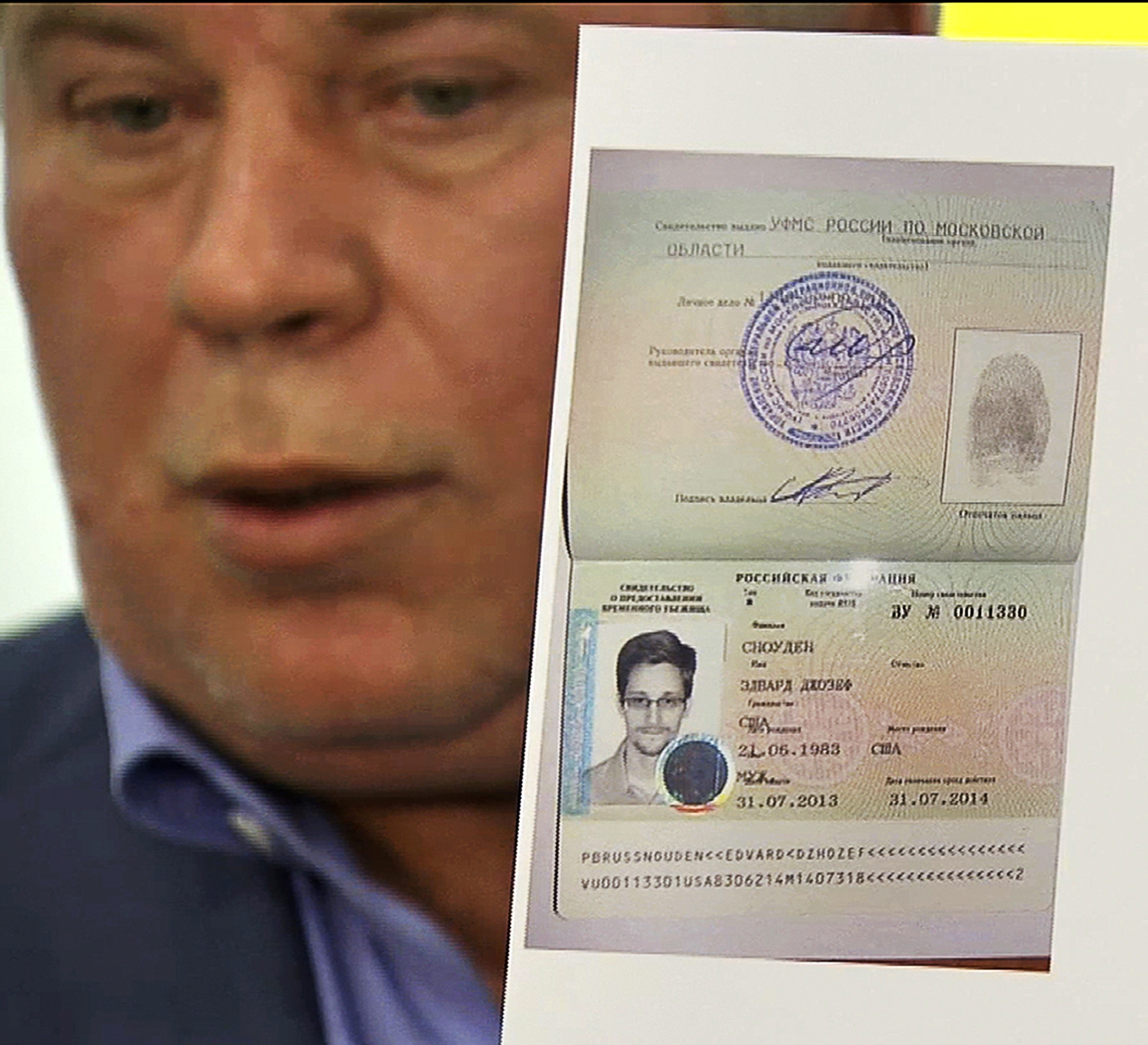 American NSA whistleblower Edward Snowden has been granted temporary asylum from Russia’s Federal Migration Service for one year, and will be allowed to seek employment.  Snowden thanked Russia and slammed the U.S. for showing ‘no respect for international or domestic law’ in its efforts to have him returned.  He has already been offered a job at VKontakte by its co-founder, Pavel Durov, and is reportedly staying with fellow American expats, having pledged not to leak any more sensitive information.  The Guardian calls the Kremlin’s decision ‘a humiliating, wounding rebuff to the U.S.’, and the White House has responded with anger and disappointment,  threatening to boycott next month’s planned summit between Presidents Vladimir Putin and Barack Obama.  The latter’s spokesman indicated that Obama does not see Snowden’s case as a question of law, but of diplomatic relations.  Reuters sees it as potentially threatening Syrian civil war talks and a nuclear arms reduction deal; the Kremlin, on the other hand, says that its relations with the U.S. will not suffer, and called Snowden’s case ‘relatively insignificant’.  The Independent says that the Kremlin must be pleased with its own decision: ‘For once Russia has been able to portray itself on the side of openness and individual rights.’

Contrary to earlier statements from the International Olympic Committee, Sports Minister Vitaly Mutko says that legislation against ‘gay propaganda’ will apply to both athletes and spectators of next year’s Sochi Olympics. ‘No one bans a gay athlete from coming to the Sochi Olympics, but if a person goes to the street and starts promoting it, then of course he or she will be brought to justice,’ he said.  Gay rights activist Nikolai Alexeyev has been summoned for questioning over Twitter remarks about two Duma deputies.  Same-sex couple Yana Petrova and Yelena Davydova have asked a Moscow court to overturn a St. Petersburg decision to refuse to register their marriage.  The New Yorker looks at the climate of gay rights through the lens of St. Petersburg’s LGBT film festival, Side by Side, which was fined for refusing to register as a ‘foreign agent’.  Russia’s new anti-gay laws are drawing criticism and protests in Sweden, Manchester, U.K., Germany, and Canada.  The latter’s Foreign Affairs Minister called the law banning ‘homosexual propaganda’ hateful and likely to incite violence.

Moscow mayoral candidate Alexei Navalny has landed on the cover of a popular tabloid magazine, a milestone in his bid for popularity: ‘Navalny with his winning looks and nice wife will gain votes from a part of the population who vote not for political views but for personal likeability.’  The house arrest of Left Front leader Sergei Udaltsov has been extended until October 6.  An English translation of the statement made by jailed Pussy Riot member Nadezhda Tolokonnikova in response to the denial of her parole request, has been published online.  Tolokonnikova and her fellow bandmate, Maria Alyokhina, may be pardoned by President Putin under a general amnesty this year.  148 traffic police in Tyumen complained to President Vladimir Putin that their superiors were running an extortion racket, sparking an investigation.