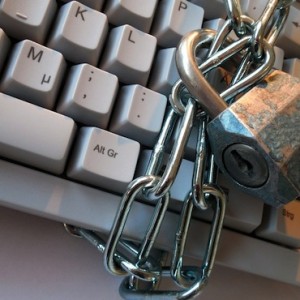 Ahead of a visit to Beijing this week to celebrate the end of World War II, President Putin has described relations with China as being at ‘a peak’.  In the same interview with TASS, the President asserted that Chinese companies are ready to invest in excess of $18 billion in different projects in Siberia and the Far East.  The statistics on this year’s trade turnover between the two countries are not so optimistic however, with a drop of 29% seen in the first half of this year.  Deputy Prime Minister Arkady Dvorkovich has said Russia will not deliberately cut oil production to support prices, although if prices continue to remain low, its output may decline.  A lack of demand may see diamond miner Alrosa offer its second price cut of the year.  Russia’s flagship airline Aeroflot is poised to purchase 75% of one of its biggest rivals, Transaero.

In a nod to the increasing prevalence of cyber attacks, the military has initiated a new cybersecurity training program for young cadets at a St. Petersburg military academy.  Yesterday’s introduction of a new law imposing Internet surveillance, which activists fear will tighten the Kremlin’s grip on information control, has prompted Bloomberg to highlight other keys moves to control the web under the Putin regime.  Dozens of miners in the Siberian region of Khakassia have gone on hunger strike in protest against unpaid salaries.   A new poll by Levada has found that the recession and its effects are the principal concern of Russians today, more so than the crisis in eastern Ukraine.

After the release of yesterday’s ‘awkward, strange, and kind of ridiculous’ footage of President Putin and Prime Minister Medvedev enjoying weightlifting together, it seems the President’s appetite for sport was unsated.  He was later seen taking part in a hockey game against student players from the Sirius academy for gifted children in Sochi.

PHOTO: The new law was signed by President Vladimir Putin in December 2014 and outlined that companies supplying Internet services in Russia, or targeting Russian users, should store personal data in Russia. (Succo / Pixabay)