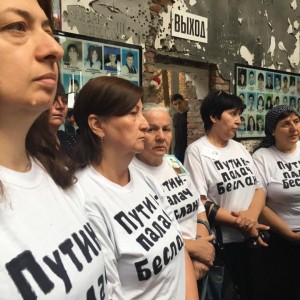 The US Treasury Department has expanded its sanctions against Russia, initially levied in response to Russia’s involvement in the Ukraine crisis.  The new sanctions include a number of Gazprom’s subsidiary companies, and others (with 19 new companies and 17 new individuals affected) including seven companies all directly involved in the 20km bridge (some call it ‘Putin’s Bridge’) that will link Russia with Crimea.  Gazprom says it will not be affected by the sanctions.  Kremlin spokesman Dmitry Peskov responded saying that nothing has been decided as yet, but that sanctions are unconstructive rhetoric, and that the typical response is ‘reciprocity’.  The Czech Republic has accused Russian intelligence services of conducting an information war aimed at destabilising it.  Why would a US hacker hack the DNC and voter databases? Profit, says Reuters.  The Guardian agrees that Donald Trump is not the only reason why Russia might want to interfere with the US political process.  Police detained five women at a commemorative event for the victims of the Beslan school massacre in 2004, for wearing t-shirts featuring anti-Putin slogans (calling him the Butcher of Beslan).

RFE/RL notes the dull reception of Ilya Yashin’s ‘unsurprising’ report about the alleged criminal links of the United Russia party: ‘While in most countries such revelations would be a sensation, in Russia they’re greeted with a yawn and a shrug.’ The Moscow Times says United Russia is gradually losing support ahead of the elections, dropping from 57 to 50% over the past month.  Russia will create its own Eurasian Human Rights monitoring group, styled on organisations like Amnesty International and Human Rights Watch (which rejected the comparison), but less ‘politically engaged’.  Vox says that Russia’s increase of military hardware on the border with Ukraine should not ring alarm bells like it did in 2014, due to the increased capacities of Ukraine’s military – and that Russia’s moves are solely for political pressure.

Russia is not going to consider engaging in output freeze talks with other major oil exporters until prices fall significantly below $50 a barrel – they have been creeping down towards $45 over the past two weeks.  Japanese Prime Minister Shinzo Abe will meet Russian President Vladimir Putin on the sidelines of a business conference in Vladivostok later today in a bid to woo Russia with the promise of deeper economic ties, ahead of Putin’s first trip to Japan in over four years this December.  China’s Harbin Bank has completed the formation of $1.95 billion worth of agreements with Russian banks, and now has plans for further development in the Far East.

PHOTO: Women wear t-shirts bearing the slogan ‘Putin – Butcher of Beslan’ at a commemorative event for the victims of the 2004 Beslan school massacre; they were later detained by police. (Facebook)