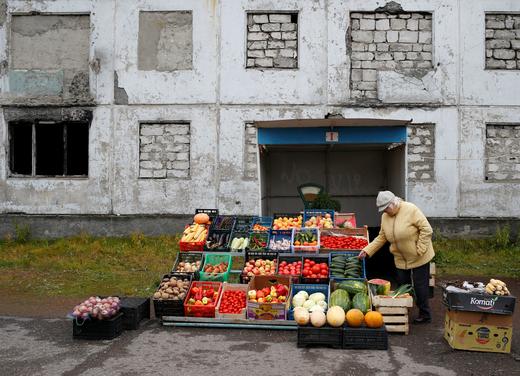 The Syrian Observatory for Human Rights claims that Russia has killed 18,000 people, including 8,000 civilians, since it intervened in the Syrian civil war three years ago; but the Kremlin itself claims that it has in fact killed 85,000. Regional Communist Party deputy Nikolai Bondarenko was arrested and fined for organising anti-pension reform protests in the Saratov region; he apparently faced a complaint of extremism earlier in the year for criticising the government’s plans. The General Prosecutor’s Office has clarified that the extremism cases branded “likes and repost cases” did not actually ever involve criminal prosecution over post likes, only reposts, “because reposts mean information is uploaded”. A single issue of Crimean newspaper Gorod24 was pulled from circulation over an article that published details of sanctions state-television journalist Dmitry Kiselyov’s villa. This piece claims that the supposedly 272,000-strong Vostok 2018 military games were much smaller than was claimed in the press. The Foreign Ministry has summoned the South Korean ambassador over the apparently illegal holding of a Russian shipping vessel in the port of Busan.

Russian oil output reached a post-Soviet high last month, after completely rolling back the output cuts previously agreed with OPEC. A new book about Sergei Skripal claims that the “unashamed Russian nationalist” did not initially believe that the Russian government could have been behind the nerve agent attack that almost killed him. The book, by BBC journalist Mark Urban, also reveals that Skripal provided the British Secret Intelligence Service with information about a high-level 1990s-era corruption scheme. Kremlin spokesman Dmitry Peskov will not comment on a Times interview with former MI6 head Richard Dearlove, who claimed that a visit from UK Prime Minister Tony Blair to Russia in 2000 “helped Putin win power”; he did dryly express surprise however that “that it is the MI6 that issues permits for prime ministers to visit any social event”.

Roscosmos head Dmitry Rogozin blamed anti-Russian sentiment for cooperation issues with NASA. A global Pew Research Centre survey found that the leaders of Russia and China are more trusted than US President Donald Trump. London’s Russian Embassy objects to the UK’s plan to increase its military presence in the Arctic next year

PHOTO: A woman sells fruit and vegetables in a street in the far northern city of Vorkuta, Russia September 16, 2018. (Reuters/EDUARD KORNIYENKO)