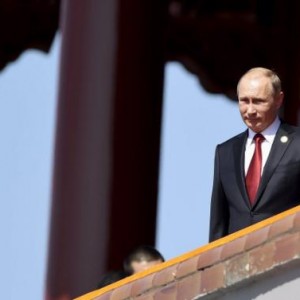 The United States has imposed sanctions on Russia’s state arms export agency and four defense industry firms for alleged violations of international arms control regimes which limit the export of nuclear and missile technologies to Iran, North Korea and Syria.  The Kremlin has criticised the decision and asserted it will respond accordingly.  The U.N. Security Council has accused Russia of attempting to delay the start of an international investigation into chemical weapon attacks in Syria.  The E.U. has agreed on a six-month extension of asset freezes and travel bans on Russians and Ukrainians accused of fomenting the crisis in eastern Ukraine.  Despite being on the travel ban list, deputy and popular crooner Iosif Kobzontaly will travel to Italy for medical treatment, thanks to a personal intervention on the part of President Putin.  Prime Minister Medvedev has assured Russians that a ban on foreign-made medical goods would be ‘thoroughly weighed and discussed with medical experts’.

It has been reported that opposition leader Alexei Navalny will be obligated to pay $67,000 to the Multidisciplinary Processing Company, the victim in the Yves Rocher embezzlement case, which the activist believes to be politically motivated.  The opening of a new centre for gifted students in Sochi has given Vladimir Putin the opportunity to assert that education should teach pupils to work for the glory of their state and ‘help rebuff any powerful and treacherous enemy’.

In a show of strength unlikely to please Japan, Russia has held a military parade to commemorate the seizing of the Kuril islands.  President Putin is currently in Beijing attending celebrations marking the end of World War II, and hoping to deepen economic ties.  The two states are working on the creation of an eastern analogue to Euroclear Bank SA’s bond, stock and currency settlement services.  The fact, however, that China’s demand for natural gas is likely to grow at a slower rate than the economy for a second straight year means that energy deals are unlikely to flourish.

PHOTO: Russia’s President Vladimir Putin is seen on the Tiananmen Gate, at the beginning of the military parade marking the 70th anniversary of the end of World War Two, in Beijing, China, September 3, 2015. (REUTERS)