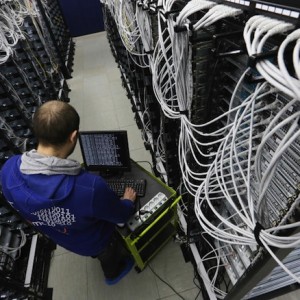 ‘Where is Putin?’ wonders Ekho Moskvy journalist Alexei Naryshkin, as the President took his time to make a statement on the weekend’s plane crash that killed 224 people.  The President made his first public appearance yesterday in which he offered condolences and called for an ‘objective investigation’ into the tragedy.  Investigators say the plane was not brought down by a missile, but a heat flash detected by infrared satellites at the time and place of the explosion indicate the plane was compromised internally by a fuel tank explosion or a bomb.  According to Defense Ministry statistics, Russia’s air force flew 131 sorties and hit 237 targets in Syria in the last two days.  Monitoring groups complain that civilian and historic sites were also destroyed; in Palmyra, the citadel was apparently damaged.  Air raids in Syria reportedly cost the Kremlin just over $4 million a day, which is around a third of what the U.S. says it is spending on the fight against I.S.

Last month Russian oil production rose to a post-Soviet high of 10.78 million barrels a day, as Moscow continued to defend its market share.  At a conference of United Nations anti-corruption convention member states, the head of the presidential administration, Sergei Ivanov, urged that international efforts to battle corruption should be consolidated, but it is ‘intolerable to push standards on countries that are not ready for them’.  Telecoms giant VimpelCom has reportedly set $900 million aside in anticipation of the findings of Dutch and U.S. investigations into alleged bribes in Uzbekistan.  A raft of new restrictions on the Russian market could put foreign IT companies off investing in Russia, according to the Moscow Times.

When Putin returned to the Presidency, comparisons with Brezhnev were rife – find out here why RFE/RL believes a comparison with Mikhail Gorbachev would in fact be more apt.  Analyst Tatyana Stanovaya sees Putin’s entourage as consisting of ‘warriors, merchants and pious believers’ whose struggle for influence over the President characterises daily life in the Kremlin.

PHOTO: New legislation, prepared by the Communications Ministry, allows the purchase of foreign software from Jan. 1, 2016 only if a domestic version is not available or if the domestic analogue doesn’t have the required functions. (Denis Abramov / Vedomosti)