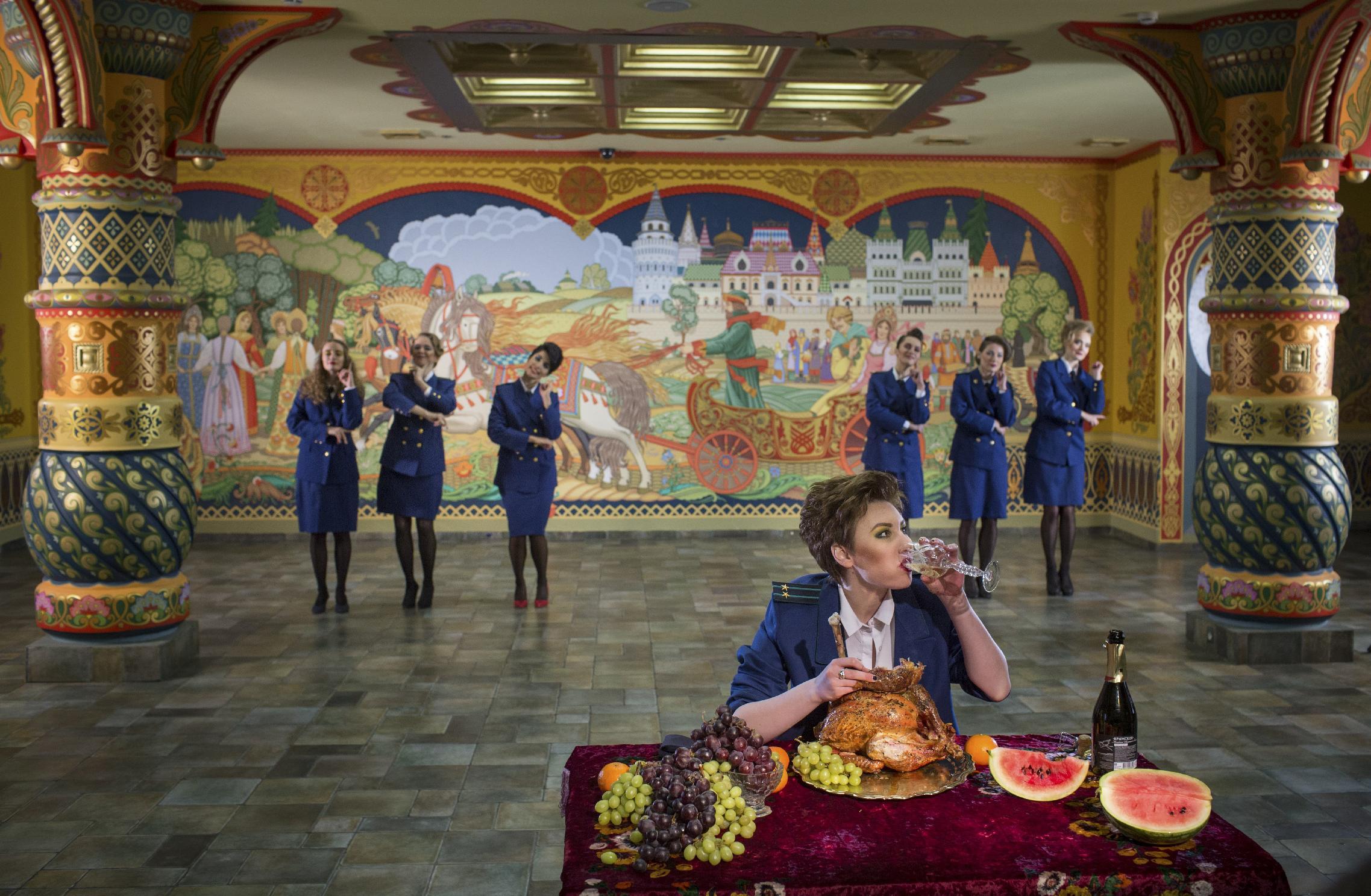 Russia and Syria are blocking peace negotiations aimed at easing fighting, say France and the US, by persevering in their campaigns to retake opposition-held territory, even as talks are being carried out.  Similar claims were made earlier this week by the British Foreign Secretary. Commenting on these allegations, Brian Whitmore says: ‘For the Kremlin, there are no facts, only narratives […] facts and truth result from the endless repetition of [the] narrative.’  Foreign Minister Sergei Lavrov says Russia will not stop its air strikes on Syria until it defeats all of the terrorist organisations currently operating there. ‘And I don’t see why these air strikes should be stopped,’ he added.  The Pentagon has put Russia at the top of its list of national security threats, and Ukrainian President Petro Poroshenko says the risk of ‘an open war’ between Russia and Ukraine is greater now than it was last year.  Russia says it will meet with mail OPEC oil producers if a consensus can be reached ahead of time.  Al Jazeera suggests that a deal between Russia and Saudi Arabia could take two million barrels of oil per day off the market.  Major oil firms Rosneft and Bashneft are the two most likely candidates for privatisation this year, according to the Economic Development Minister.

United Russia has prepared a private section on its website for registered users which offers instruction on how to talk to potential voters about difficult issues (like Putin’s long reign and the economic crisis) whilst campaigning for the Duma elections this September.  PARNAS leader Mikhail Kasyanov has asked the Investigative Committee to open a criminal investigation into the threatening video posted on Instagram by Ramzan Kadyrov last week.  Feminist collective Pussy Riot has released a new music video satirising Russia’s criminal justice system. The song, called ‘Chaika’ (after Yury Chaika, the Prosecutor General, who has been the object of various corruption allegations recently), is accompanied by a video of dancers dressed in prosecutors’ uniforms, and contains the refrain ‘I love Russia, I’m a patriot’.

Patriotism is Russia’s sole unifying idea, according to President Vladimir Putin.  Moscow’s Transport Department is threatening to ban taxi app Uber unless it complies with demands regarding registration and data sharing.  The co-founder of the Dissernet organisation that exposed the plagiarism of a Kremlin official’s PhD thesis is being accused of tax evasion – by the same official that he exposed.  Putin met with former US Secretary of State Henry Kissinger for a continuation of their long-term, ongoing ‘friendly dialogue’.