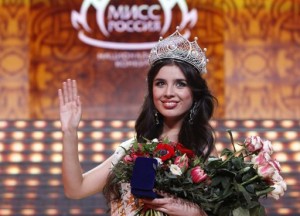 A gathering of an estimated 1,000-2,000 anti-Kremlin protesters gathered for a march in Moscow on Saturday.  But the larger Moscow protest this weekend was pro-Kremlin, with a reported 12,000 people attending a state-sponsored rally against foreign adoptions, amid rumours of protesters having been ‘coerced or paid’ into attending.  The march followed the news that U.S. authorities ruled that the death of Max Shatto, a Russian boy with American adoptive parents, was accidental.  The news caused consternation among supporters of the adoption ban, who view Shatto’s death as the latest example of the abuse of an adopted Russian child in the U.S.  The ruling contradicts earlier accusations by the children’s rights ombudsman, Pavel Astakhov, who had initially alleged that Shatto had been murdered by his adoptive mother.  ‘The 3-year-old boy was the victim of big politics,’ Asktahkov tweeted yesterday.  Foreign Minister Sergei Lavrov welcomed news that U.S. Secretary of State John Kerry said he would personally take part in investigating the deaths of Russian adoptees in America, and said that Russia ‘will strive to make these words become practical deeds’.  Russia and the U.S. have found one issue of mutual agreement, however: the two are working together under a global treaty on endangered species to save the polar bear.

A play in Moscow that featured the trial of Pussy Riot was interrupted by police, who warned the Swiss director that he was in violation of his visa rules.  Pussy Riot member Nadezhda Tolokonnikova has been placed in solitary confinement for 15 days as punishment for entering the prison’s medical center without a guard.  Andrei Borodin, the former president of the Bank of Moscow, who insists that the current legal case against him is politically motivated, has been granted political asylum in the U.K.  The Interior Ministry vowed to press ahead with Borodin’s extradition.  President Vladimir Putin met with Ukrainian President Viktor Yanukovych yesterday to negotiate a cheaper gas contract, and to discuss Ukraine’s offer to lease to Russia a network of pipes that ships Russian gas to Europe.

After being nominated by Dmitry Medvedev, BP boss Bob Dudley is to return to Russia to join the board of Rosneft.  To mark tomorrow’s 60th anniversary of the death of Josef Stalin, RFE/RL has an interview with the director of the Levada Center about how Russia’s attitude toward Stalin has changed in recent years: ‘a majority think that Stalin played a positive role’.  Russia is the president of the United Nations Security Counci this month, and will make Afghanistan its priority.