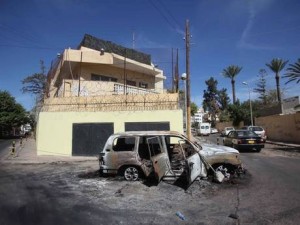 All 30 Greenpeace activists arrested when protesting against Arctic oil drilling have now been charged with piracy, despite an admission from President Putin that they are obviously not pirates.  They face maximum penalties of 15 years jail time.  According to one poll, a majority of Russians approve of the treatment of the environmentalists; Mikhail Fedotov, the chairman of Russia’s Presidential Council for Civil Society and Human Rights, is not among them however and cited the arrest of photographer Denis Sinyakov as a particular cause of concern.  In the first public remarks by the company since the Greenpeace protest, Gazprom has announced that its Prirazlomnoye Arctic oil project will be operational by the end of the year as planned.  At a meeting with United Russia, Putin has underscored Russia’s commitment to its presence in the Arctic, ‘an unalienable part of the Russian Federation’, to which end Moscow will restore a Soviet-era military base there.

As tensions with the EU deepen, anti-trust regulators are on the verge of charging Gazprom with abusing its predominance in central and eastern Europe which could see the monopoly fined $15 billion.  New statistics suggest that the U.S. is poised to overtake Russia as the world’s largest producer of crude and natural gas.  In a move to counter the influence of state-owned company Rosneft, which recently agreed to acquire Enel’s indirect stake in SeverEnergia, Novatek and Gazprom Neft are hoping to buy Eni’s stake in the same company.  Meanwhile Rosneft has announced it will buy into the Russian assets of Sweden’s Lundin Petroleum to increase its upstream assets.  The Sechin-run monolith may develop its interest in Venezuela by taking over Lukoil’s stake in a consortium.

The Telegraph reports back from Women’s Prison Colony Number 14, the current residence of Pussy Riot member Nadezhda Tolokonnikova.  The European Court of Human Rights has ruled in favour of Putin-critic Garry Kasparov by declaring his human rights were violated when he was arrested at a Moscow protest in 2007.  Human Rights Watch is concerned over reports that the authorities in Sochi have rounded up hundreds of migrant workers and deported some of them for alleged violations of regulations.  A man has blown himself up at a Ukrainian border post, killing himself and seriously wounding two guards.

The Kremlin has downplayed the diplomatic costs of a mob attack on the Russian Embassy in Libya, prompted by the alleged murder of a Libyan by a Russian woman, which prompted the evacuation of all of its diplomatic staff.

PHOTO: Russia has evacuated its diplomats from Libya after its embassy in Tripoli was attacked by a mob of gunmen, October 3 2013. (EPA)