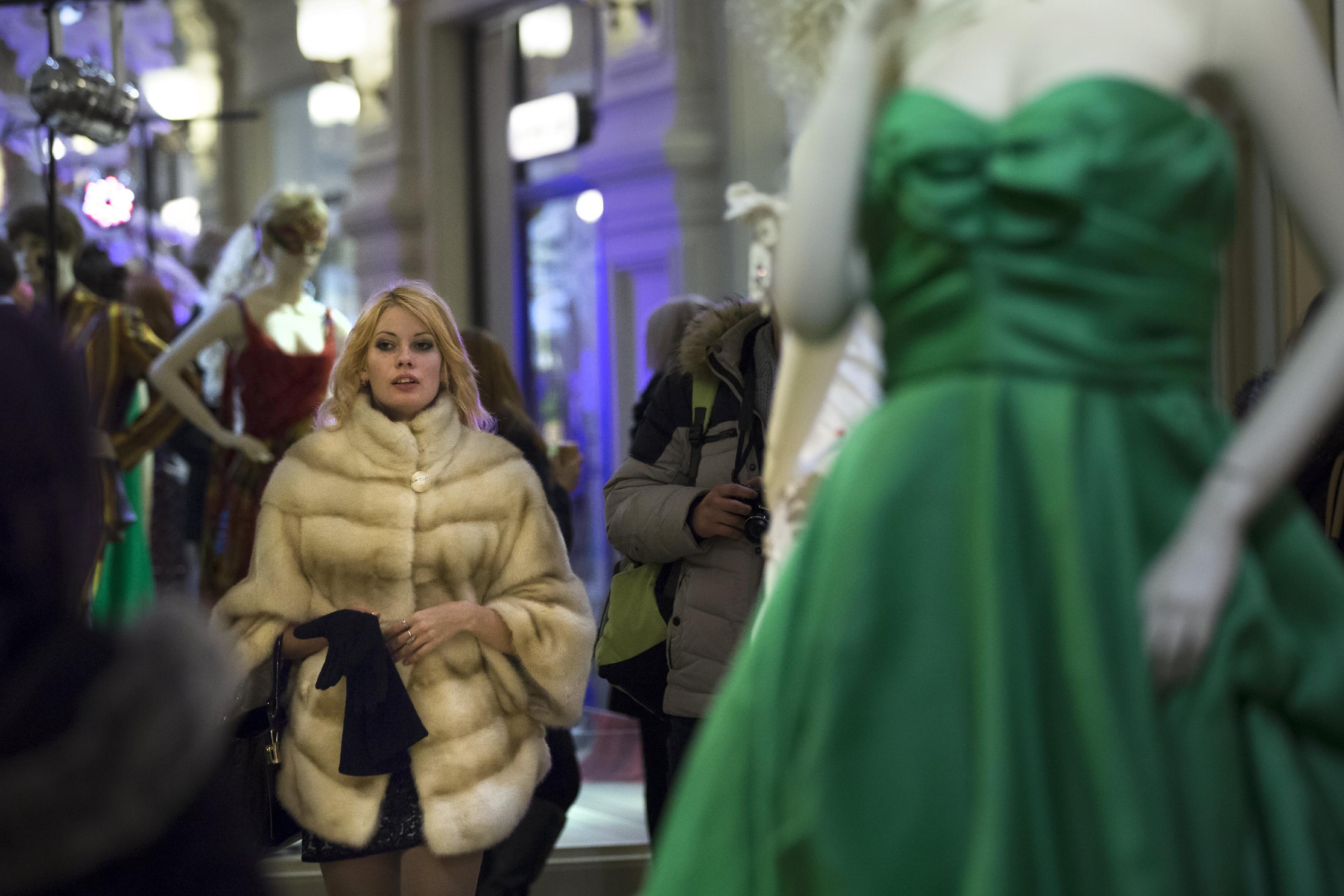 President Vladimir Putin approved a $290 billion budget (15.5 trillion rubles at today’s rate) for next year that relies on an average oil price of $100 a barrel to make its estimated total income, despite the Economic Development Ministry’s prediction of oil at $80 a barrel.  The ruble’s strong recovery yesterday sparked suspicions that the Central Bank intervened for the second time in a week.  ‘What do Putin, the price of oil, and the ruble have in common? They’ll all hit 63 next year,’ goes a popular joke.  In anticipation of Putin’s annual State of the Nation address tomorrow, this piece discusses the Big 5 economic obstacles currently in Russia’s way: oil price, inflation, investment climate, a flagging currency, and a looming recession.  His message is broadly expected to be something along the lines of ‘don’t panic’.  Withdrawal of sovereign funds in countries spurred by low oil prices could hit global commercial real estate values, predicts Reuters.  Russia has imposed new limitations on meat imports from Germany, Italy, Hungary, and Montenegro.  Following a ‘tirade’ from Belarussian President Alexander Lukashenko, in which he accused Russia of breaking Customs Union regulations, Russia’s watchdog Rosselkhoznadzor says a new ban on imports of meat from Belarus could be partially lifted.  Lukashenko and Putin will never have anything more than ‘an exploitative alliance’ says the Moscow Times.

Police in Moscow arrested and then released 25 attendees of a seminar on Ukrainian-style political protest.  A former anti-corruption official has been sentenced to five years in prison for bribe-taking and other corrupt acts.  Karen Dawisha says Russian capitalism ‘depends on the Kremlin’s closest circle marauding freely inside the country while safeguarding gains abroad.’  The New York Times speaks to Andrey Zvyagintsev, the director of the Oscar-nominated Leviathan, about his defiant anti-Kremlin film.  Pavel Durov, the creator of VKontakte, talks about life in exile.  The Independent talks to members of pro-Putin youth movement Set (which translates as ‘Network’ or ‘Fishing Net’ in Russian).  Andrei Malgin marvels at the overtly propagandist nature of Italy’s Russian-language newspaper, La Nostra Gazzetta.

PHOTO: In this photo taken on Monday, Dec. 1, 2014, a customer looks at mannequins as part of the Christmas decorations set in the Moscow GUM State Department store in Moscow, Russia. (AP Photo/Alexander Zemlianichenko)