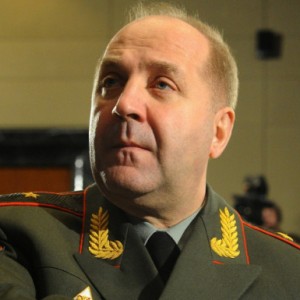 YouTube has temporarily removed the Alexei Navalny-produced film which exposed alleged corruption by Prosecutor-General Yury Chaika and his family, after a Swiss-based photographer claimed copyright infringement.  Navalny associate Leonid Volkov said the move came as ‘quite a surprise’, and required further investigation.  The Guardian reports on Putin’s ‘unlikely weapon in the global tech race’, Academpark, a ‘fluorescent pyramid of innovation at the heart of Russia’s “Silicon Forest”‘.  The Kremlin has expressed ‘serious concern‘ about the worsening relations between Iran and Saudi Arabia, urging restraint and volunteering its services as a mediator between the two sides.

Ukraine has asserted that it will defend itself should Russia carry out its threat to sue over failure to repay a bond.  Russia’s $27 billion Yamal liquefied natural gas project, due to start in 2017, will receive a major funding injection from a new Chinese investment firm, China Insurance Investment Ltd.  In a Bloomberg video, Carl Weinberg, chief economist at High Frequency Economics, suggests that the understated threat to Russia’s economy is its dwindling foreign exchange reserves, hit by the drop in oil prices.

General Igor Sergun, the head of GRU, Russia’s military intelligence agency, which played a major role in the annexation of Crimea in 2014, has reportedly died unexpectedly.  For those seeking a whiff of power, try Leaders Number One, a new Putin-inspired perfume.

PHOTO: Igor Sergun’s position as GRU chief landed him on the sanctions lists imposed in early 2014 by both the United States and the European Union, which specifically cited his oversight of “the activity of GRU officers in eastern Ukraine.” (Tass)