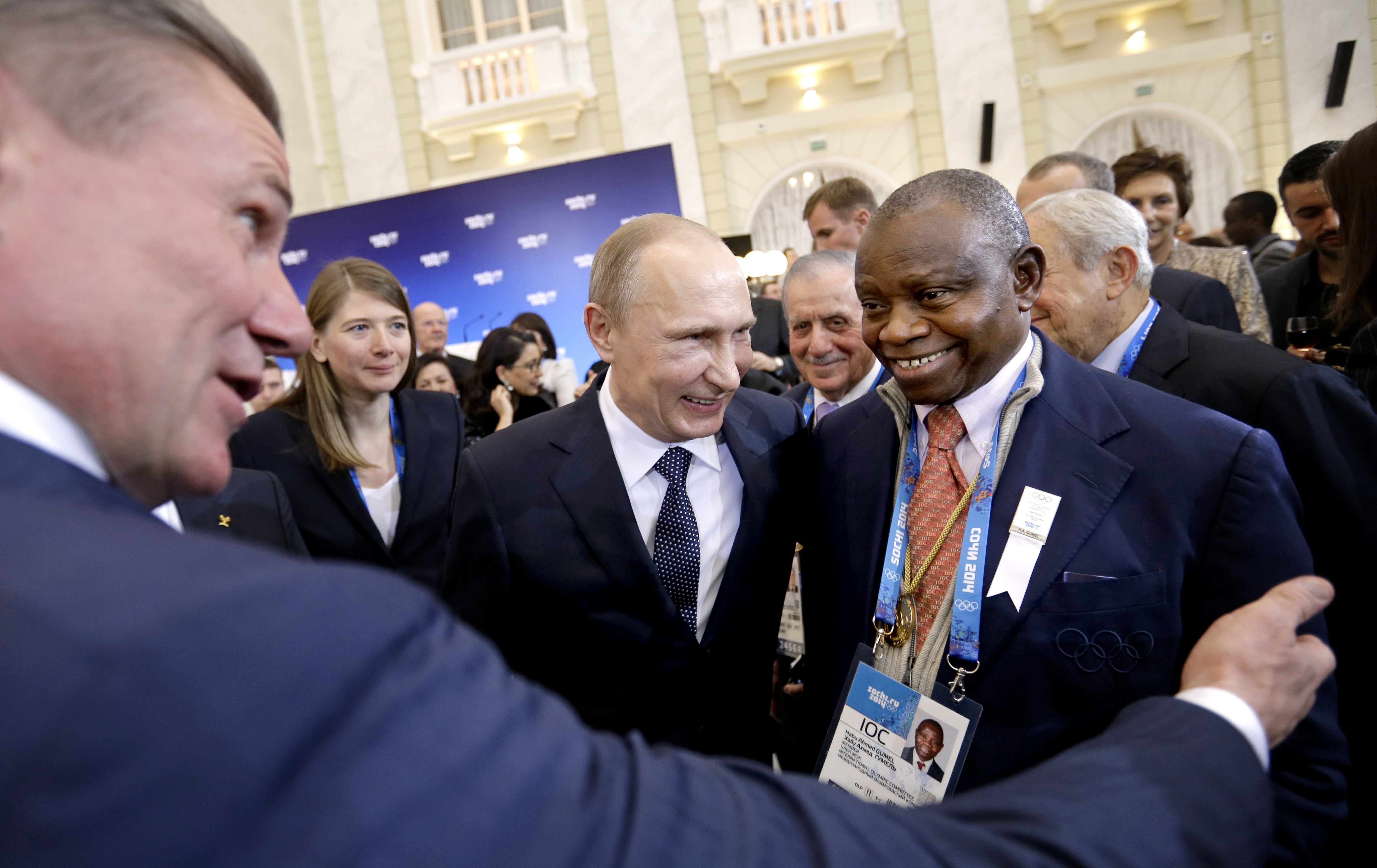 President Vladimir Putin began his visit to Sochi by cuddling a baby leopard.  ‘We liked each other,’ he said (of the leopard).  Ironically (given extensive damage to the local environment carried out during building preparations), Putin said that Russia ‘ha[s] restored parts of destroyed nature’ by restoring the population of the Persian leopard in honour of the Games.  Indeed, he denied that construction works had caused any local damage or pollution, asserting that ‘the ecological situation in the area has improved […] by some indicators, four times’.  The New York Times reports that several political activists have already been denied the Olympic passports that grant access to the Games.  Boris Nemtsov, in a Parnas exposé, is accusing Gazprom of wasting billions of dollars on useless transportation infrastructure – the South Stream pipeline in particular.  The human rights organisation, Agora, says the number of criminal proceedings against bloggers in Russia more than doubled last year.  St. Petersburg NGO the Freedom of Information Foundation has filed a complaint against official calls for it to register as a ‘foreign agent’.

Michael McFaul, the U.S. Ambassador to Russia, has announced that he will resign his post after the Olympics for family reasons.  Former ambassadors and analysts discuss McFaul’s tenure with RFE/RL, noting that his time in the role ‘coincided with the period in which the Russian government […] adopted a radically anti-American stance.’  During a meeting with Foreign Minister Sergei Lavrov, the leader of Syria’s opposition group called on Russia to act on the ground to restrain the Syrian government from using barrel bombs against civilians.  Russia says its ally will send more of its chemical weapons to be destroyed soon.  But, notes the WSJ, Russia still delivers arms to the Assad regime.

A Russian businessman is suing Leonard Blavatnik and Viktor Vekselberg over the sale of shares in TNK-BP, which was sold to Rosneft last year.  Meet the Kremlin’s satirists, the “Kermlins”.