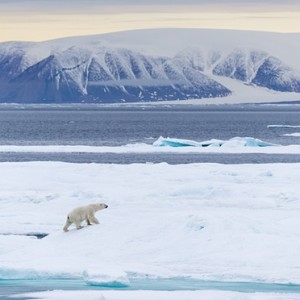 Russia has reignited the battle for the Arctic, after submitting another claim to the United Nations for around 1.2 million square kilometers of the region’s mineral-rich shelf, which is believed to hold extensive oil and gas reserves.  Greenpeace has described Russia’s move as ‘ominous’.  The Industry and Trade Ministry has proposed restricting the import of medical goods, among them X-ray machines, defibrillators, and condoms.  Former public health chief Gennady Onishchenko has welcomed the strictures on prophylactics, believing it will make citizens more ‘disciplined’.  New figures show that mortality rates among 30-45 year olds are rising, and that in 70% of cases, alcohol is involved.  Opposition leader Alexei Navalny has suggested that Putin sees a split in the elite as the biggest threat to his presidency and that in order to prevent this, he has ‘to terrorize the elite.’

Incineration is the likely fate of embargoed Western foodstuffs found in Russia, following a presidential decree ordering their destruction, not without controversy.  ‘With 23 million Russians living below the poverty line — and that number daily increasing — destroying perfectly good food seems more like an affront to common sense than to the West’, argues a Moscow Times op-ed.  Prime Minister Medvedev has drafted a round of retaliatory measures against several non-EU European nations, among them Iceland, Norway and Ukraine, who have recently joined the European Union’s sanctions against Russia.  Many have chosen to judge the Investigative Committee’s new book about the conflict in Ukraine by its cover: the photo of a burning city it features was flagged up by anti-propaganda activists as doctored more than one year ago.  The Sverdlovsk regional government has banned books by famed British historian Antony Beevor on the basis that he promotes ‘stereotypes formed during the Third Reich.‘

Gazprom is currently engaged in talks with French company Engie on joining a group planning to expand the Nord Stream gas pipeline from Russia to Germany via the Baltic Sea.  In 2008, the state-run giant was predicted to reach a market capitalisation of a trillion dollars within ten years.  Today, it has a market capitalization of $51.12 billion.  This report considers the decline of the gas behemoth.