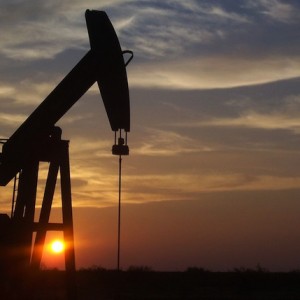 At the Eastern Economic Forum in Vladivostok, President Putin has told investors they will be provided with the ‘best conditions to do business’ so that the Far East of Russia can develop into a thriving business hub.  Oil firm Rosneft has pledged it will invest $19.56 billion in projects in the area.  One of the new initiatives to attract people to the sparsely populated region is an offer of free land.  The fact that only five acting governors out of 21 taking part in elections in regions next week have published electoral manifestos ‘attests to a deficit of clear vision among potential heads of Russian regions’, says the Petersburg Politics think tank.  A drop in the ruble has indicated ongoing currency woes.  ‘Russia’s economy should be in intensive care,‘ says this comment piece, which examines how the country has managed to sustain itself economically despite a host of negative factors.  President Putin remains adamant that fluctuations in the price of oil are no cause for concern.  Although it has been widely reported that Russia and Venezuela did not reach an agreement on measures to support global oil prices at a meeting in Beijing, Venezuelan President Nicolas Maduro has asserted that he and his Russian counterpart did agree ‘on some initiatives’.

President Putin has told journalists that Russia is giving Syria ‘serious help with equipment’ in its fight against Islamic State, along with asserting that Syrian President Bashar al-Assad is ready to hold snap parliamentary elections.  The Russian President also stated that he has discussed the idea of an ‘international coalition to fight terrorism and extremism’ with U.S. President Barack Obama.

Apple is set to receive $25,000 from four Russian companies caught selling fake products branded with the Apple name online.  Today Surgut will launch its Shpilman oil field in Siberia which, when at full capacity, is expected to produce 2.5 million-3 million tons of oil per year.  A sinkhole apparently caused by an accident at the Solikamsk-2 potash mine in the Perm region has gone from being huge to ‘gigantic’.

PHOTO: In June, Russian news agencies quoted Surgut’s CEO Vladimir Bogdanov as saying that the Shpilman oil field was expected to produce about 50,000 tons of oil in 2015.  (Eric Kounce / Wikicommons)