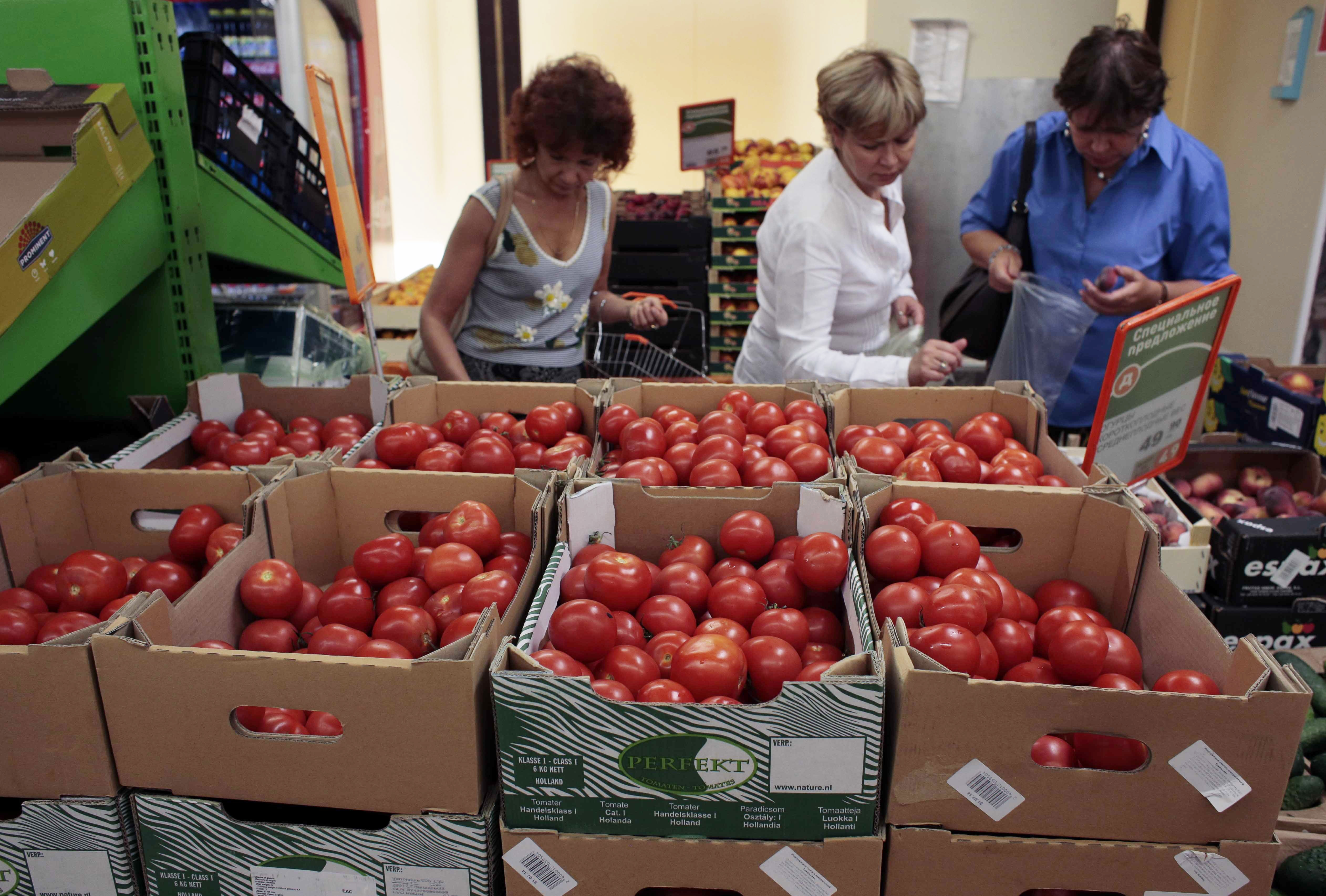 President Vladimir Putin’s ban on $9 billion worth of food imports from the West (listed in detail by Reuters here, and in Russian here) will not affect his current record levels of popular support, analysts say – negative reactions are ‘limited to an exclusive and politically conscious audience’ that is already critical of the government.  But the ban is widely anticipated to hit Russian consumers hard with higher prices and accelerated inflation, and will pose challenges to the restaurant market as ‘about 50% of ingredients are imported’.  The Independent says the Kremlin is ‘not acting rationally’.  But Russia’s E.U. Ambassador Vladimir Chizhov defended the import ban, arguing that it is based on the same logic used by Europe in attempting to diversify its energy supplies away from the Russian market.  90 new meat plants in Brazil have already been approved to export beef, chicken, and pork to Russia.  This New Republic piece argues that the likely outcome of Putin’s import ban will not look totally unlike the fallen Soviet Union that brought him to rule.

‘Western leaders struggled for months over how best to hurt the Russian economy. Then Putin had a think and beat them at their own game,’ goes a popular Russian online joke.  The White House says the move ‘will deepen Russia’s international isolation’ and further damage its economy; and, according to Obama’s officials, the impact on U.S. growth will be ‘insignificant’, though the Washington Post says U.S. poultry, nut, and soy bean exports will suffer.  Under the terms of its economic sanctions, America’s embassy and consulates in Russia are no longer accepting payments made through VTB bank.  Protesters in Moscow marked U.S. President Barack Obama’s 53rd birthday with racist laser projections on the U.S. embassy.

United Airlines is concerned over suggestions that Russia will ban European and American airlines flightpaths through Russian airspace.  Nato Secretary General Anders Fogh Rasmussen is calling on Russia to pull troops away from the Ukrainian border ‘and not use peacekeeping as an excuse for war-making‘.  Russian Post and Russian Railways launched a new postal train from Moscow to Vladivostok. NSA whistleblower Edward Snowden has been granted permission to stay in Russia for three more years.