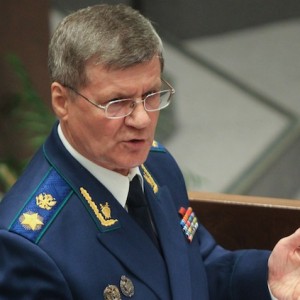 Allegedly on the basis of ‘appeals from citizens’, prosecutors have begun an inspection of the independent TV channel Dozhd, one of only stations left to provide critical views of the Putin regime.  The authorities are reportedly concerned as to whether the channel complies with extremism laws.  ‘It is clear that the probe against Dozhd is absolutely political in nature’, says the editor-in-chief of liberal radio station Ekho Moskvy, Alexey Venediktov.  The Kremlin is reportedly uninterested in a new documentary by Alexei Navalny’s Foundation for Fighting Corruption which examines the enrichment of the family of Prosecutor General Yury Chaika via alleged criminal links.  Others are however; the documentary, which is on YouTube, has been viewed around 2.5 million times.  Yukos founder Mikhail Khodorkovsky has been summoned by the Investigative Committee to appear for questioning in a criminal case relating to the 1998 murder of Nefteyugansk Mayor Vladimir Petukhov.  The exiled businessman says he will not take part.  In what Amnesty has described as a ‘shocking and cynical attack on freedom of expression’, activist Ildar Dadin has been sentenced to three years in prison under a new law which criminalizes participation in unsanctioned public protests.

Russia has requested that the United Nations Security Council hold closed-door discussions on Turkish military action in Syria and Iraq, as tensions continue to simmer between Moscow and Ankara.  Russia is apparently unlikely to expand its economic sanctions against Turkey, but will retain the travel restrictions on Turkish citizens for the moment.  Attempting to dissuade Russian tourists from visiting their favourite holiday hotspots in Turkey and Egypt, Rostourism head Oleg Safonov has called beach holidays an ‘inculcated fad’.  Observers have been quick to point out he allegedly owns two properties in the Seychelles.  As the military tangle in Syria deepens, the blame for an air strike that reportedly killed three Syrian regime soldiers has been placed on both the United States and Russia.

A bill has been submitted to the State Duma which would raise the legal smoking age to 21 from 18, an attempt to tackle the problem in the world’s fourth largest smoking community.  President Vladimir Putin has apparently personally assured German Chancellor Angela Merkel that the Kremlin will not obstruct any deal made at the Paris climate change conference that has the backing of major powers.