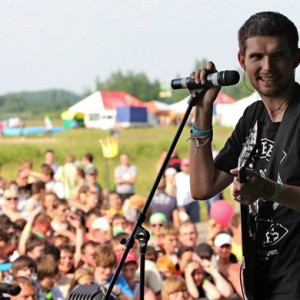 Transparency International Russia has become the latest NGO to be labelled a ‘foreign agent‘ in a list that now amounts to 50 organisations.  In response to the news, analysts have noted that, to the Kremlin’s mind, foreign interference is a more serious threat to the state’s wellbeing than corruption.  The level of graft in Russia has today reached unimaginable proportions, says the head of the VTB24 bank and former Finance Minister Mikhail Zadornov.  Exiled opposition deputy Ilya Ponomaryov told RFE/RL that he will not apply for political asylum in another country, but if the Kremlin has serious intentions of filing criminal charges against him, ‘I don’t think it would be the most reasonable thing to do just to voluntarily walk into prison’.  The upcoming concert of Rapper Noize MC, who has criticised Russia’s policy in Ukraine, will be monitored by police for extremism.  Watch here a video from the BBC which suggests that a story broadcast by Russian news networks about the death of a 10-year-old girl by shelling in eastern Ukraine last month was fiction.  Peter Pomerantsev at the Guardian reports on the ascendancy of the information war, one which is held not on the battlefield but in the ‘psychosphere’.  Environmental activist Yevgeny Vitishko who was jailed after protesting against the ecological impact of the 2014 Winter Olympics in Sochi has begun a hunger strike in response to the Supreme Court’s refusal to consider his appeal.

According to President Putin, at his meeting with Greek Prime Minister Alexis Tsipras the latter did not make any requests for aid, but they ‘discussed cooperation in various sectors of the economy, including the possibility of developing major energy projects’, notably the country’s participation in the Turkish Stream gas project.  Trade Minister Denis Manturov has said that whilst ‘our friends from the Western part of the world are ignoring Thailand’, Russia is keen to step into their shoes and sell defence equipment to the Southeast Asian state.  Moscow is also making overtures to Beijing in the exploitation of Siberian oil fields, but will falling oil prices mean China drives a hard bargain?  Russia is considering waiving a 30% import tax on Italian Fiat cars produced in Serbia in a gesture of amity towards its traditional ally in Europe.  Car sales in Russia have continued to plummet this month, to 42.5%.

One year in the making, the Kremlin has now launched its new revamped website.  Film director brothers Nikita Mikhalkov and Andrey Konchalovsky are seeking government funds for a new chain of sanction-avoiding eateries called ‘Let’s eat at home’.

PHOTO: Authorities in Russia’s southern city of Krasnodar will be scrutinizing a concert on Friday by rapper Noize MC for signs of extremism.  They have previously canceled concerts by Noize MC in the Russian cities of Samara, Kursk and Belgorod.  (SVSko / Wikicommons)