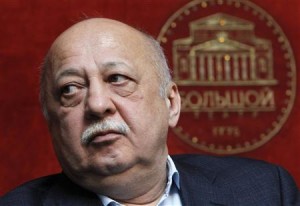 Akhmednabi Akhmednabiyev, a journalist from Dagestan’s weekly Novoe Delo, has been found dead from multiple gunshot wounds in what was the second attempt upon his life.  He was believed to have been targeted because of his professional activity.  Objections from pro-Kremlin groups have resulted in the cancelling of a civic discussion forum in the Urals region, through budget cuts.  With Kremlin backing, the satellite TV channel devoted to Orthodox Christianity, Spas, has announced plans to broadcast nationwide in attempts to push the church’s traditionalist agenda to a wider audience.  The UK Home Office has banned the sixty Russian officials on the Magnitsky list from entering the UK.  Following an altercation between a Chechen teenager and a paratrooper, which resulted in the former’s death, around 600 residents of the town of Pugachyov in Saratov Oblast of the Volga region have taken part in a protest and demanded that people native to the North Caucasus be deported from the region.  Russia has expressed concerns about the commitment of the new leader of the opposition Syrian National Coalition, Ahmad Jarba, to a peaceful solution.

The Finance Ministry has written a pay raise for government employees costing $4 billion into a 2014-2016 budget policy paper, despite the fact that a $30 billion budget shortfall is anticipated this year.  ‘Not only experts, but even ministers, doubt the country’s budget for 2014-2016, which the government approved a week earlier, may be realistic.’  Russia’s richest man, Alisher Usmanov, has been awarded the Order for Services to the Fatherland Fourth Class by President Vladimir Putin for his ‘charitable’ work.  The state duma has removed the compliance measures from proposed tax incentives for alternative methods of oil production, amid complaints from energy companies about soaring costs.  Rosneft in particular should welcome the move.  Oleg Deripaska’s Kuban Agricultural Holding believes that Russia, once the world’s biggest wheat importer, could double its grain harvest.

Following the acid-attack scandal, the Director General of the Bolshoi Ballet, Anatoly Iksanov, has been replaced by Vladimir Urin, general director of the Stanislavsky Musical Theatre.