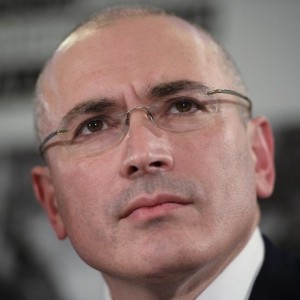 Finance Minister Anton Siluanov has decried the IMF’s decision to change a rule in order to permit countries which have not repaid official debt to continue receiving support, arguing, ‘it’s taken exclusively to the detriment of Russia and in order to legalise Kiev not repaying its debts’.  For the first time since it embarked upon its Syria campaign, Russia has shot at Islamic State targets with missiles fired from a submarine in the Mediterranean which, according to the Defense Ministry, damaged a weapons store and oil infrastructure.  Russia’s ambassador to the U.N., Vitaly Churkin, believes that a third round of multilateral talks on Syria might be premature, given that Russia’s requirements have yet to be met on agreeing a list of ‘terrorist organisations’ and opposition groups participating in the conflict.  Moscow is  ‘seriously concerned’ over reports that a coalition led by the United States hit Syrian government forces in the Deir ez-Zor area.  Turkey’s decision to deploy troops to Northern Iraq has been denounced as ‘reckless’ as Moscow continues to rail against Ankara.  The detention of a Russian TV crew in the south of Turkey has exacerbated tensions.

In what has been described as a ‘record slump’, car sales have continued to decline over the course of this year – by nearly 35% in the past 11 months.  Bloomberg reports on the innovative ways in which Putin’s security guards are deployed to allay public discontent in the face of rising poverty.  A member of Russia’s Presidential Council for Civil Society and Human Rights hopes to initiate an official probe into the 159 army deaths reported in 2014 and 2015.  Russia is reinforcing its military infrastructure in Armenia.

Anti-Kremlin activist Denis Lutskevich has been released from prison after serving time for participating in the Bolotnaya square protests of 2012.  Anti-corruption fighter Alexei Navalny has reported Prosecutor General Yury Chaika and his family to the Swiss financial regulation body FINMA, for their alleged engagement in criminal business schemes.  Exiled Kremlin critic Mikhail Khodorkovsky has been informed by the Investigative Committee that at the end of this week, it will officially charge him in connection with the 1998 murder of a Russian mayor.