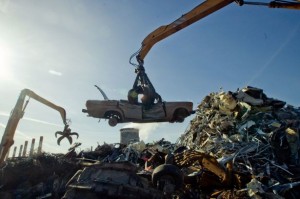 Human Rights Watch has urged that the Kremlin launch a thorough investigation into the murder of reporter Akhmednabi Akhmednabiyev in Makhachkala, arguing, ‘his brazen murder cannot but relate to his work in journalism.’  Russia’s prosecutor general Yury Chaika has accused 215 NGOs of failing to adhere to the foreign agent law.  The Siberian regional lawmaker who advocated the flogging of gay people in public has announced plans to establish a group to protect Russians from homosexuals, on the basis that ‘None of these people are harmless.’  Investigators have seized documents at the offices of opposition leader Alexei Navalny’s Foundation to Fight Corruption.  As Navalny’s supporters gather strength, Brian Whitmore finds reason to believe that ‘[t]he capital is slipping — slowly but surely — from the Kremlin’s grip.’  According to a new Transparency International poll, Russians are increasingly disillusioned with Putin’s attempts to tackle corruption.  The fact that the President and a number of his allies own $5o million dollar apartments does little to convince them otherwise, this article suggests.  The amnesty on white collar workers, which may free up to 10,000 people, has given hope to a number of prisoners who claim themselves to have been victims of graft.  The family of a Russian jihadist convicted of a 2009 train bombing have claimed that he was tortured to death in jail.

Alexei Pushkov, the chairman of the international affairs committee has caused confusion by deleting a Tweet in which he stated that whistleblower Edward Snowden had given his agreement to Venezuelan President Nicolas Maduro’s offer of political asylum. Has the Snowden leaks case spurred a crackdown on internet freedom in Russia?  New reports say that the Kremlin may use its controversial anti-piracy law to block online encyclopedia Wikipedia.  The Constitutional Court has ruled that Internet website owners and administrators must remove defamatory information from their sites if ordered to do so by a court, even when the content is posted by a third party.  Moscow’s UN ambassador, Vitaly Churkin, has argued that Russian scientific analysis indicates that a projectile that hit a suburb of the Syrian city of Aleppo on 19 March containing the nerve agent sarin was most likely fired by rebels.  The Kremlin claims that it has received no official notification from Britain that Magnitsky sanctions are in place.

A law imposing a fee on foreign car manufacturers who scrap old vehicles in Russia is the source of Moscow’s first trade dispute at the World Trade Organization, after the European Union pledged it will challenge the law in court.  The Russian Ambassador to the European Union, Vladimir Chizhov, believes an ‘amicable settlement‘ is quite possible.  With car sales dwindling, the government has plans to rev up attempts to increase sales.  The authorities blame ‘upside-down’ sensors for the Proton-M booster rocket accident, but Bloomberg finds many who believe the cause lies deep within the dark heart of the space industry.