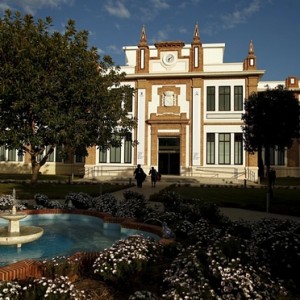 At the behest of opposition leader Alexei Navalny, six activists in Novosibirsk have ended a 12-day hunger strike in protest against being barred from elections, after one of them was hospitalised.  The Moscow Times sees the opposition’s struggle to be registered in the polls in Siberia replicated in Magadan, Kostroma and Kaluga.  A number of Western experts and journalists, among them Luke Harding and Edward Lucas, have accused a Russian publishing house of pirating their work and printing their texts without their permission, in a clear breach of copyright.  Whilst exerting near total control of Russia’s media, why has President Putin allowed opposition media outlet Ekho Moskvy to exist for so long?  Russia is reportedly the primary suspect in a complex spearphishing attack on the unclassified e-mail network of the U.S. Joint Chiefs of Staff, which precipitated the shutting down of the system.  Washington’s concerns that high-ranking Iranian commander Major General Ghasem Soleimani violated a UN travel ban and visited Moscow were apparently well-founded.

Kyrgyzstan is set to officially become a member of the Putin-masterminded Eurasian Economic Union, after months of prevarication.  In the wake of a ruling by European courts on the breakup of oil company Yukos, which if implemented means Russian assets abroad could be seized, the Kremlin has introduced a bill to parliament that permits the confiscation of property belonging to foreign states.  Washington has added the Yuzhno-Kirinskoye Field to its list of energy sector sanctions propelled by Moscow’s intervention in Ukraine.  The Financial Times looks at how sanctions have hurt the economic interests of Putin’s innermost circle.

‘Citadel’ and ‘Thunder’: names of two of the clubs designed to inspire Russians aged as young as 1 with a sense of national pride as part of a new ‘patriotic education‘ initiative.  ‘At a time of extremely difficult ties with Europe, it’s great to break through the isolation’, says the head of the Russian Museum in Malaga, southern Spain, which is attracting European visitors to Russia’s art collections.