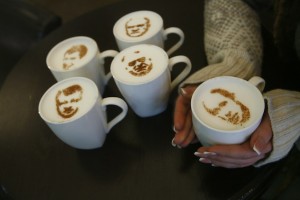 Russian oil company Bashneft has now been returned to the government following the controversial seizure of assets owned by Sistema (and the arrest of its CEO Vladimir Yevtushenkov) in September.  Tycoon Gennady Timchenko has rebuffed rumours he is interested in buying the company.  Economy Minister Alexei Ulyukayev says the government has no intention of buying bonds issued by state oil firm Rosneft from the state’s National Wealth Fund. The World Bank has reduced its economic outlook for Russia to a contraction of 0.7% in 2015 and a 0.3% growth in 2016, assuming an average oil price of $78 per barrel for 2015 and of $80 per barrel for 2016.  The head of the Audit Chamber Tatiana Golikova says Russia’s budget may lose $6 billion in 2015 from a drop in global oil prices.  UBS has slashed stock ratings for seven retail and Internet companies as the ruble continues to plunge.  Food retailer Magnit meanwhile reports ongoing increases in sales: food prices are expected to grow by 9.5-10% in 2015, and retail prices for coffee and tea in Russia by up to 20%.  The head of an anti-corruption watchdog has suggested that ‘30% of officials … are corrupt’.

President Putin is in Uzbekistan today on his way to India, where it is anticipated he will offer President Islam Karimov’s government a discount on its $890 million debt if paid in a lump sum.  His plans for India consist of talks on nuclear plants, Siberian oil deals, weapon sales and the possibility of a pipeline.  The Guardian suggests there is much common ground between Putin and Indian Prime Minister Narendra Modi, but the idea of a pipeline joining the two countries is riddled with practical problems.  Hungary has awarded nuclear energy contracts worth at least €6 billion to a Russian state-owned company.

Yesterday’s ‘Day of Silence’ was said by Ukraine’s military to be violated by separatists.  Official representatives of the self-proclaimed Luhansk People’s Republic have not received an invitation to participate in the talks of the Contact Group on Ukraine in Minsk.  Rock legend Andrei Makarevic, hounded by the Kremlin for performing in Ukraine, has been given a human rights award by the Moscow Helsinki Group.  A Russian production company has raised eyebrows by hiring Andrei Lugovoi, the man charged with the murder of agent Alexander Litvinenko, as a consultant on a TV series about the affair.  Russia’s richest man, Alisher Usmanov, has bought the Nobel prize medal of American biologist James Watson for $4.1 million at a Christie’s auction in order to return it to him.

PHOTO: A falling ruble has hit the retail price of the tea and coffee industry. (Denis Abramov / Vedomosti)