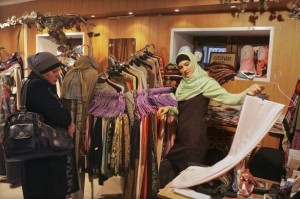 In Russia’s first ever posthumous trial, the late Sergei Magnitsky, the whistleblowing lawyer who died in jail in 2009, has been found guilty of the crime he was attempting to reveal – tax evasion.  The court also convicted Magnitsky’s client William Browder, who had staunchly defended Magnitsky’s campaign to uproot corruption within the Interior Ministry, in absentia.  Opposition leader Alexei Navalny was detained upon submitting the necessary documents to run for mayor in Moscow, but thanked the presence of numerous supporters for the fact that he was then released.  An independent public opinion poll has found that acting Moscow Mayor Sergei Sobyanin has a considerable lead over the other 39 potential candidates for mayor.  Whilst Prosecutor General Yuri Chaika continues to crack the whip on NGOs, Federation Council Chairperson Valentina Matviyenko has argued that the term ‘political activity’ applied to NGOs having the status of ‘foreign agents’ must be clarified in a legal way in order to prevent ‘broad interpretation’.  The Investigative Committee has asserted that it will suspend oppositionist Yaroslavl mayor Yevgeny Urlashov who is accused of extortion by the authorities.  The Green Alliance party has raised claims that efforts to make Moscow greener are merely lining the pockets of corrupt officials.  A new poll has found that 85% of Russians feel favourably towards politicians labelled as ‘patriots’, much more so than they do ‘liberals’, ‘conservatives’ or for that matter ‘nationalists’.

Thanks to a new resolution signed by Prime Minister Medvedev, Russia’s oil reserves are no longer a state secret.  With Russia changing its focus to Asia, in turn driving up the value of Urals crude, European refineries are facing rapidly rising import bills.  It is reported that Russian state holding company Rosneftegaz might acquire a 13.76% stake in Inter Rao energy group which the government hopes to privatise.  Shifts at the top of RusPetro have seen the two executives credited with introducing fracking to post-Soviet Russia part ways with the company.

Ethnic tensions apparently remain high in the Saratov regional town of Pugachyov, where police fear ‘mob justice’ after clashes broke out following a brawl in which a young man was killed by a Chechen.  Russia’s Supreme Court has upheld a ban on Islamic head scarves at schools in the multiethnic region of Stavropol.  RFE/RL examines a new trend of digital vigilanteism as a way of apprehending pedophiles, which at times reveals ‘a visible strain of zealous homophobia’.

PHOTO: A shopkeeper showing off a headscarf, part of traditional Muslim garb, to a Russian shopper at a specialty store. (Igor Tabakov / MT)