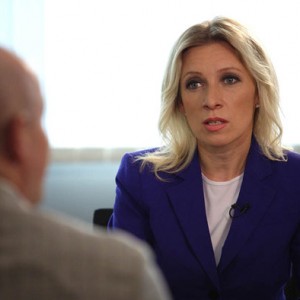 Russia’s economy is now shrinking at the fastest pace since the 2008-09 global financial crisis, as new estimates reveal a 4.6% drop in GDP in the second quarter of 2015, the sharpest quarterly decline in six years.  These statistics mean Russia is currently the fastest contracting decent-size economy in the world in year-on-year terms, ahead of Iraq and Venezuela.  Low oil prices, the Ukraine crisis and structural deficiencies are all factors at work.  President Putin has praised Central Bank Governor Elvira Nabiullina’s persistent attempts to stabilize the currency, in a series of what The Wall Street Journal has called official ‘verbal interventions [… ] to limit the ruble’s slide’.  The ruble’s decline has had an unlikely benefactor in the form of Gazprom, which beat expectations and saw a 71% increase in first-quarter net profit, after weakness in the currency more than compensated for the decrease in sales volumes to Europe.  The recession and the no-win situation in Ukraine mean that Putin needs a new tale of glory, says RFE/RL, and the Arctic could provide it.

Maria Zakharova has been appointed the Foreign Ministry’s official spokesperson, the first woman to hold the position.  Some reports focus less on gender and more on the fact that Zakharova is ‘generally credited with a dramatic vulgarization’ of the tone of the Ministry’s official releases.  Moscow is adamant that Washington must honor an alleged 2009 promise by U.S. President Barack Obama to abandon plans to deploy a missile defense system in Europe now that the threat from Iran has diminished.  In an apparent attempt to keep the armed forces sweet, the state Duma is discussing proposals to lighten penalties for military officers convicted of corruption.  The productivity of the Russian workforce is the lowest among European countries, according to a new report by the OECD.

A new expert group established by the Kremlin will consider changes to the controversial NGO ‘foreign agent’ law.  A group of comic books translators have voiced their complaints about unpatriotic onomatopoeia.