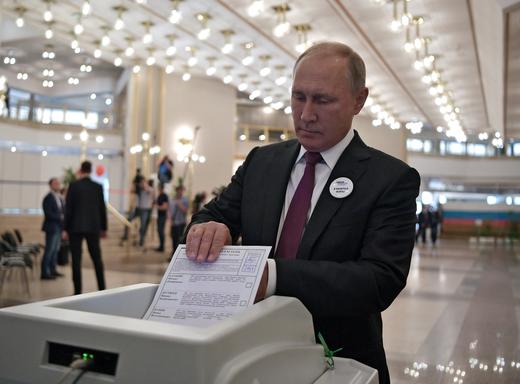 President Vladimir Putin said he felt that Sunday’s regional elections went well, with no major voting violations. The ruling United Russia party won most of its seats but suffered rare setbacks in about one third of Russia’s regions, with four candidates forced into run-off votes and two losing in second place. Putin calmly dismissed the “rough edges” of some of the results, and said that occasional runoff votes are “absolutely normal”. Amnesty International evaluated the detentions made at the election day protests against planned pension reforms, saying that police “stooped to a new low” because many of their 1,000 detentions were made with force, and included dozens of teenagers. Russia will not be handing over the two men accused by UK Prime Minister Theresa May in the Sergei Skripal case, as former deputy prime minister Arkady Dvorkovich pointed out that her statement is not a legal statement, but one of a political leader. Putin has sent a letter of invitation for a Russia visit to North Korean leader Kim Jong Un.

The Turkish Defence Minister called for an immediate end to attacks on Syria’s Idlib; Russia has already rejected Turkey’s call for a ceasefire in the province. The attacks have displaced 30,000 people since they began last week; the UN fears it could provoke the worst humanitarian crisis of the century. A rate hike is on the Central Bank’s agenda this month for the first time in four years, prompting a Kremlin aide to speak out against what he said would be a “highly undesirable” move; political interference could be a red flag for emerging market investors, says Bloomberg. The ruble is at its lowest level against the US dollar since March 2016, with losses this year of 19%. Russia is seeking to build influence and reactivate ties in Africa, stationing military advisors in CAR and attempting to build a military base in the Horn of Africa.

Tweets written by Russian trolls were cited by UK news organisations more than 100 times, according to a Guardian investigation. Activists in Poland held a silent protest in support of jailed Ukrainian filmmaker Oleg Sentsov, who is on hunger strike in Russian prison.