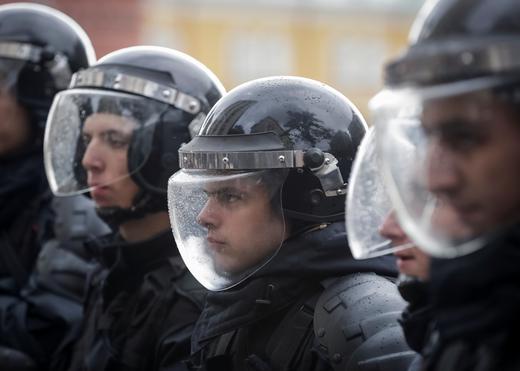 President Vladimir Putin spoke out against crypto-currencies yesterday, saying that they were high-risk, and liable to be used for money laundering and tax evasion; the Central Bank said it would block websites from selling these “dubious” currencies. Russia’s fastest debt growths are happening in its poorest regions, thanks to expensive consumer loans, thus “vividly demonstrat[ing] the development of the American consumption model in Russia”, according to a new study. A new television spy thriller portrays a character remarkably similar to anti-corruption campaigner Alexei Navalny; the character is killed off in the first episode. The director of Navalny’s Anti-Corruption Foundation was detained outside of his home yesterday, the latest in a string of detentions of those connected with the opposition hopeful.

Broadcasting watchdog Roskomnadzor has dropped its allegations against CNN International, which it had accused of violating Russian media law; the channel will be able to continue its Russian broadcasts, under monitoring. Russia’s propaganda campaign on Facebook, which led to the creation of pages such as “Being Patriotic” and “Blactivist”, did not create their own fake news, but rather “borrowed ideas and arguments from Americans, which were already resonating among conservatives and liberals, [demonstrating] a deft understanding of the political terrain.” Russian authorities are planning to create 100 anonymous, state-run channels on the messaging app Telegram, in a bid to shape the regional agenda ahead of next year’s presidential elections. State-funded media reported that Vladimir Putin is currently enjoying an 82% approval rating, but he has still not announced his running next year; the Moscow Times considers some possible running mates for him.

Deputy Prime Minister Dmitry Rogozin announced that Russia will set up a direct shipping line to Syria in a bid to help the country’s economy recover; Syrian exports to Russia have been minimal in recent months due to a lack of necessary infrastructure. If the price of oil rises above $60 a barrel, Russia should not extend its cuts with OPEC, says the head of Lukoil. This article traces the evolution of business transactions with foreigners in Russia, noting that relations are significantly less “fun” and more bureaucratic than they were in the 90s.