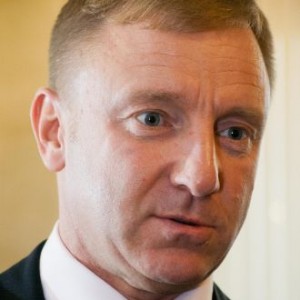 In the first nine months of the year, 2.3 million more Russians fell into poverty, according to new data released by the state statistics service, bringing the total number of people living below the bread line to 20.3 million.  Also from the state statistics service is the news that the economy contracted by 4.1% year-on-year in the third quarter.  In economic terms, ‘the situation in Russia is not just bad, but downright ugly’, says analyst Sergei Alexashenko in the Moscow Times, with ‘the most discouraging outcome of 2015 […] the continued decline in investment’.  Food producers have warned Prime Minister Medvedev that prices will rise considerably by the end of the year due to the new, controversial Platon truck tax.  In an apparent attempt to help ‘prioritize Russians’ jobs’, regions have been granted the right to temporarily ban foreign workers from ex-Soviet countries.

Russia does not intend to cancel its membership in the International Monetary Fund despite criticising what it sees as the politicization of its operating rules.  It is likely, says this article, that the IMF will press Ukraine to increase efforts to come to an agreement with Russia over a $3 billion bond due this month.  The European Union will most probably extend economic sanctions against Russia next week despite efforts by Italy to delay a final decision.  Georgia’s Defence Ministry has complained that a Russian combat helicopter briefly violated the country’s airspace, charges which Russia has denied.   ‘Provocative overflights’ are just one of the strategies Moscow deploys in what Kremlin analyst Andrew Kornbluth has called Russia’s campaign of ‘trolling’.