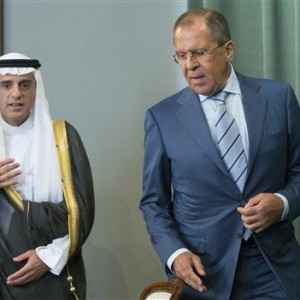 A new report released by the European Leadership Network think tank has indicated that the increasingly large-scale military exercises held by Russia and NATO, designed to test readiness for a conflict, are making the possibly of such conflict more likely.  A ‘dangerous dynamic’ has emerged between the two sides, say the report’s authors, who counsel a higher level of communication and transparency.  Another recommendation, deemed ‘unachievable’ by this op-ed, is to establish a new treaty limiting the sort of weaponry allowed along their borders.  For Russia, the war games are not so much just sabre-rattling as sabre-selling, says Bloomberg.  Dutch prosecutors leading the investigation into the crash of the MH17 civilian aircraft in Ukraine last year may have found parts of a Russian BUK missile launcher used to down the plane.  The European Union has warned that renewed skirmishes in government-held areas in eastern Ukraine constitute a violation of the Minsk cease-fire agreement.

The Kremlin plans to extend its Western food import ban list to seven more countries which remain unknown.  Russia and Saudi Arabia failed to reach an agreement in talks in Moscow over the fate of Syrian President Bashar al-Assad: Russia remains committed to supporting him, and Saudi Arabia committed to ousting him.  Fifteen years ago, when the Kursk submarine sank, killing all of the crew, 72% of Russians said the authorities had failed to do everything in their power to save them; today just 35% hold that belief.  For Lev Gudkov, the head of the Levada Center, this is testament to the impact of televised state propaganda.  Film producer Oleg Teterin has announced his plans to create a ‘theater chain with a national patriotic idea’.

Dmitry Peskov’s controversial wedding day watch has spawned a website, Peskov.Watch, which uses the pricey timepiece belonging to Putin’s spokesman to chart a variety of aspects of the economy.  Reddit may be blocked by the authorities over a thread that educates users about how to grow marijuana.  The Russian Chamber of Commerce and Industry is apparently persuaded of the benefits of the ‘Orthodox Financial System’.