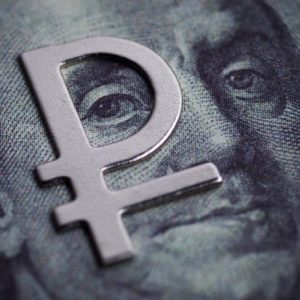 The ruble has fallen to 57.49 against the dollar and 71.23 against the euro, representing yet anther low and prompting reverberations in Russia’s stock exchanges.  Gold reserves have reportedly dropped by $4.3 billion in one week – no prizes for guessing what they are being used for.  Russia’s Finance Ministry may funnel some money from its National Welfare Fund into banks’ deposits in January, to assist firms suffering due to sanctions.  The Central Bank has raised its capital flight forecast for next year from $99 billion to $120 billion to take into account a worst case scenario: the sum is more than double Russia’s current account surplus.  In a revealing interview with Bloomberg, Mikhail Khodorkovsky has said than even the slightest drop in oil prices is a problem for Putin, ‘because, with his system of rule, he can’t survive without the revenue from raw materials growing every year.’

Polish Defence Minister Tomasz Siemoniak has observed an unprecedented amount of activity around the Baltic Sea by Russia’s military, though was keen to assert there is no fear of attack.
The Russian government has green lit lifetime monthly payments for World War II veterans residing in the Baltic states in what some see as an attempt to wield greater influence in the region.  An online crowd-funding campaign has raised more than $27,000 to provide memorial plaques to victims of Josef Stalin’s purges on their former homes.  Troubled by the recent crackdown on Internet freedoms, Google plans to close down its Russian engineering office.

Today is Constitution Day, the day to celebrate the document which 24% of Russians say they remember nothing of.   As migrants face an exam in Russian language, history and civic studies, the Russian Orthodox Church is offering its own idiosyncratic guide on how to blend in.

PHOTO: The ruble dropped beyond 57 against the U.S. dollar Friday, December 12, 2014,  as global oil prices declined, extending this week’s plunge against the greenback to over 8%. (Vedomosti)