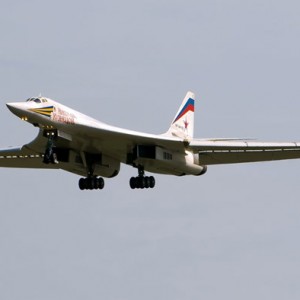 At the two-day summit of the Shanghai Cooperation Organization in Ufa, Russian President Vladimir Putin and Chinese President Xi Jinping have discussed significant merging of China’s transport links through Central Asia with the Russia-led Eurasian Union, in an agreement in which ‘China would be the bank and Russia would be the big gun’  to quote one analyst.  ‘The only problem,’ he continues, ‘is that Russia’s growing fascination with BRICS and the SCO coincides with diminishing Chinese interest in both projects’.  The Kremlin is apparently making haste in plans to recommence production of the powerful Soviet-designed Tupolev Tu-160 supersonic nuclear bomber, whilst the Navy is investing in two new submarines, one of which has earned the description of a ‘carrier killer’.  It is reported that Moscow’s plans to develop an Arctic passage, known as the Northern Sea Route, to rival the Suez Canal, are coming closer to fruition; though dangerous conditions and the drop in oil prices threaten its viability.

The Guardian reports on how Islamic State is increasing its efforts to attract Russian volunteers through a Russian-language wing operating on Twitter, Facebook and Tumblr.  This report argues that a new Russian migration law harshening requirements for foreign workers from outside of the Eurasian Economic Union has facilitated ISIS recruitment efforts in central Asia, in particular in Tajikistan, where they are offering large sums of money to cash-strapped locals who are finding it harder to work in Russia.  Poland’s apparent plans to demolish a Soviet war memorial in Pieniezno has prompted accusations that Warsaw is prosecuting a ‘war on monuments’ against Russia.

The New York Times reports on the sad demise of science education organisation the Dynasty Fund, which has fallen victim to the foreign agent law.  A group of business leaders has rallied around Kendrick White, the former vice-rector of Nizhny Novgorod’s Lobachevsky State University, who was portrayed as ‘a sinister U.S. agent’ on a state television programme. It seems that Russia’s new ‘straight pride’ flag, designed to promote heteronormativity, will be warmly received by citizens; a new poll has found that intolerance of gay people and same-sex marriages has grown significantly in the last decade: ten years ago 59% of Russians said they were against same-sex marriages, a figure which has now risen to 80%.