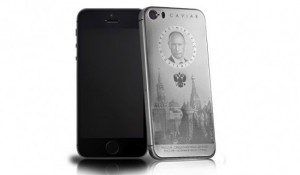 Amid fears of a Russian presence in separatist-held territory, Ukraine has said it will not allow the 280 Russian trucks reportedly carrying aid for the war-torn east to enter its territory, arguing that any such cargo should be handed over on the border.  Despite the aid mission supposedly being a joint effort with the International Red Cross, the organisation has said it has not certified the convoy and has no information on what the trucks were carrying or where they were going.  ‘Russian bloggers quickly pointed out that the automobiles appeared to be repainted versions of green Russian military trucks’.  Moscow’s previous humanitarian missions do not set a hopeful precedent.  Ukraine’s Interior Ministry has announced that Andrei Stenin, the Russian photographer who has been missing in Ukraine since August 5, ‘has been arrested on suspicion of aiding terrorists‘, prompting outcry from Russia’s human rights council.  Could the Kremlin and the West reconcile their differences over Ukraine in the fight against radical Islam?

Egyptian President Abdel Fattah Al Sisi has been greeted with military hardware on his first official visit to Russia.  This commentator wonders if Russia’s ambitious rearmament program will suffer in the face of sanctions.  Japan has ‘strongly protested‘ against Russian military exercises on the disputed Kuril islands.

Alisher Usmanov, who is Russia’s richest man, is reportedly selling a 10% stake in his holding company USM back to the firm, though apparently the move has nothing to do with sanctions.  Yours for just $3,300: the new titanium iPhone bearing the image of President Putin.