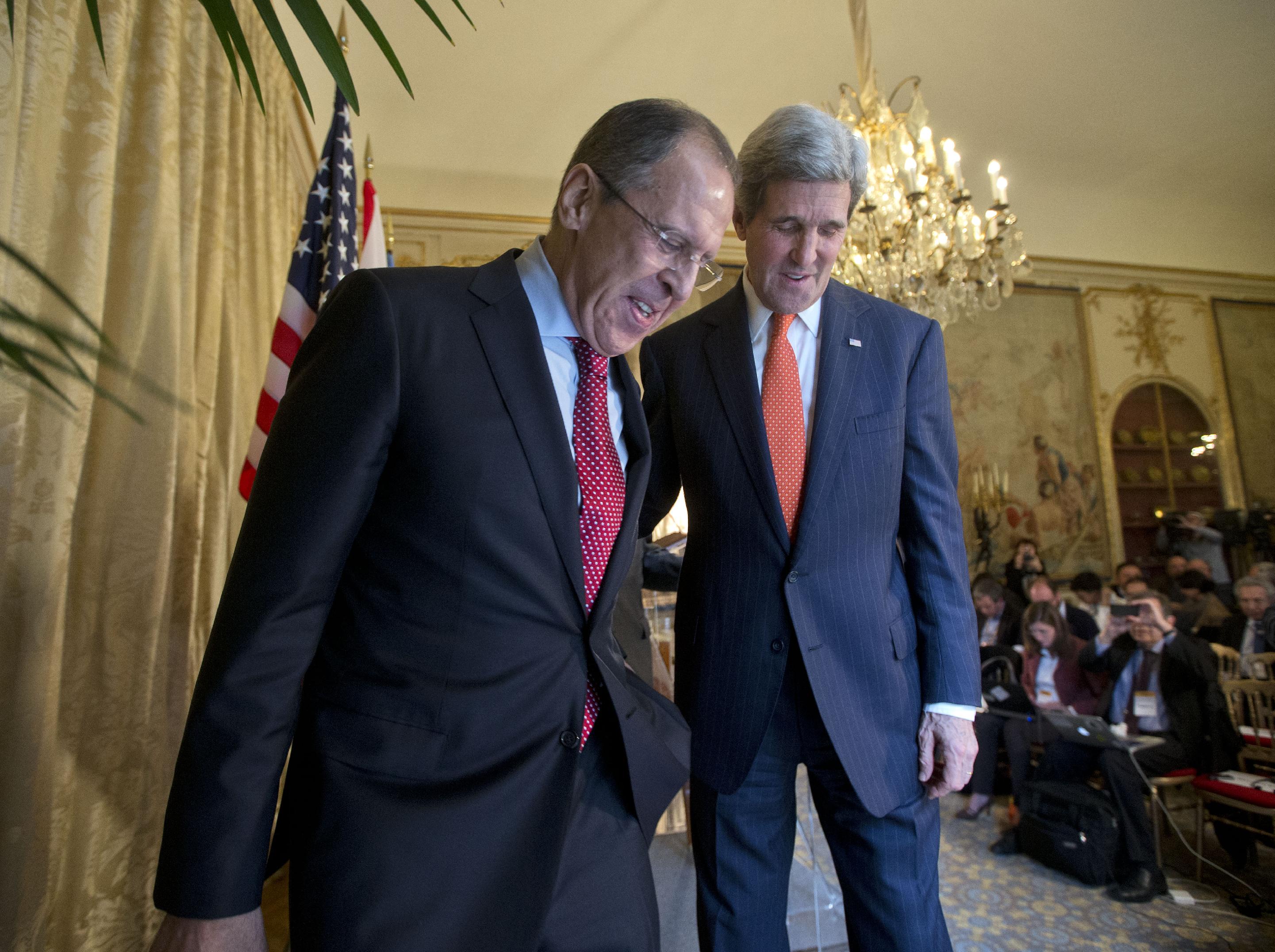 U.S. Secretary of State John Kerry presented Foreign Minister Sergei Lavrov with two potatoes yesterday at their pre-Syria-talks meeting in Paris.  The two sides continue to insist that they share common views on the Syria question.  Distinguished U.S. journalist David Satter has been expelled and banned from Moscow, after being read a prepared statement in Kiev informing him that ‘[t]he competent organs have decided that your presence on the territory of the Russian Federation is not desirable’.  Satter allegedly violated the rules of his business visa last November.  U.S. nonimmigrant visas issued to Russians hit a new record last year.  Thanks to government delays, state purchases ‘are now essentially unregulated’, and will remain so until 2016.  Only India has more recorded HIV cases than Russia – possibly in part because it refuses to legalise methadone.

The Investigative Committee is threatening to seek tighter restrictions on the freedom of Alexei Navalny, who stands accused of embezzlement.  It is being reported that a second posthumous criminal investigation has been opened on Sergei Magnitsky; but the Interior Ministry deny that the probe is new.  Investigators searched the apartment of Murad Musayev, a lawyer representing the suspected killers of Anna Politkovskaya, over allegations that he bribed witnesses in a separate trial.  It has been revealed that Mikhail Kalashnikov, the inventor of the eponymous assault rifle, was ‘spiritually tormented’ by his creation in the later years of his life, and felt he was to blame for those who were killed by the weapons.  Arms manufacturing company Kalashnikov is about to sign an exclusive agreement to distribute 200,000 of the rifles in the U.S. annually.