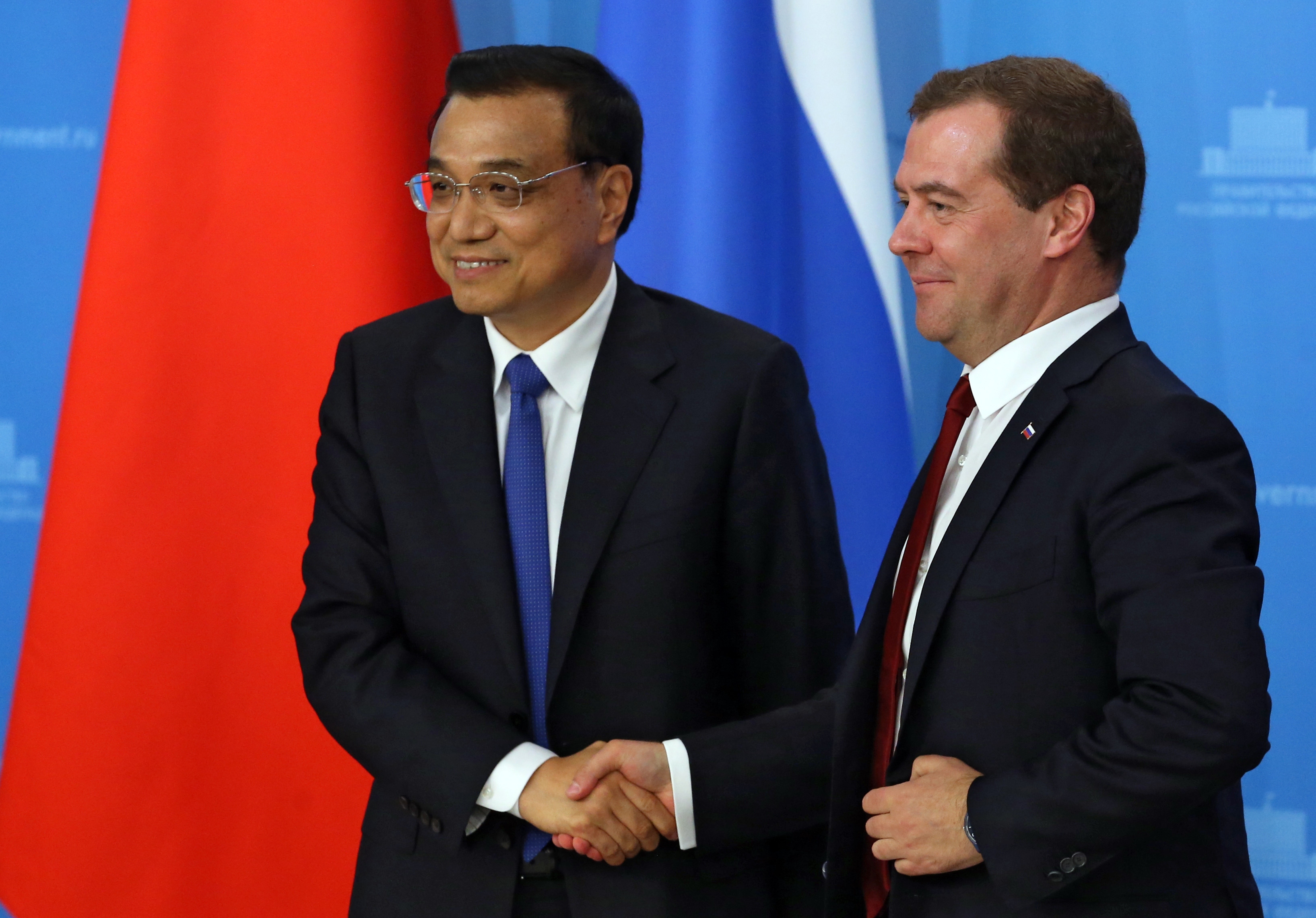 Russia and China signed 40 agreements yesterday across the energy, finance, and technology sectors – most significantly, China agreed to provide $4.5 billion worth of credit lines to Russian banks; a separate memorandum takes the pair closer to their $25 billion high-speed rail project.  The deals will help Russia to weather itself against Western sanctions, and helps China further its plans to promote international usage of the yuan.  A giant, state-owned oil drilling corporation, uniting all the necessary expertise, has been approved by President Vladimir Putin for creation; the company will replace foreign oil service companies that have been banned from working in Russia by Western sanctions.  Meanwhile, Rosneft has hired a London-based law firm to work on a legal strategy to fight sanctions in European courts.  Finance Minister Anton Siluanov says that if the ruble and the price of oil do not recover, Russia will have $12.5 billion worth of holes in its federal budget next year.  The ruble still shows no signs of recovery.  In a piece examining the ideologies of the Kremlin’s inner circle, Mikhail Khodorkovsky likens Dmitry Kiselev, the head of state news network Russia Today, to ‘Dr. Strangelove’.

Mikhail Fedotov, the head of the Kremlin’s Human Rights Council, says he does not see any reason to close the veteran rights group Memorial; the Ministry of Justice, which is seeking the group’s liquidation, defended its action on the grounds that, it says, Memorial has violated Russian law.  RFE/RL lists some of the group’s most vital achievements since its founding in 1989, including its support of persecuted Kremlin critics, and its exposure of Soviet crimes.  The Daily Beast says Memorial: ‘symbolizes Russia’s post-Perestroika effort to rethink the repressive parts of its repressive history and educate Russians to respect human rights, freedoms, and human values. It unites dozens of organizations across the country, acting as the spine of Russia’s rapidly shrinking civil society.’

Relations with Australia hit a ‘historic low’ yesterday after Prime Minister Tony Abbott threatened to ‘shirtfront’ Vladimir Putin over the MH17 crash.  The head of the Duma’s foreign affairs committee, Alexei Pushkov, took to his Twitter account to criticise Ukraine for making ‘absurd’ demands in energy talks regarding its unpaid debts to Russia.  The annual Germany-Russia forum has been postponed due to Ukraine-related tensions.