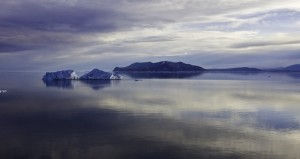 TODAY: Putin in Brisbane for G20 amid criticisms of Russian aggression in Ukraine; President says the Kremlin is prepared for oil price slump. Pussy Riot take their prison campaign to London; politician hopes to legislate on marriage attire; concerns over threat to Arctic ecosystem; North Korea reaches out to Putin.

As Vladimir Putin prepares to head to Brisbane for a G20 summit expected to focus on Ukraine, he has announced that Russia is readying itself for a ‘catastrophic‘ decline in oil prices which it will counter with $400 billion in reserves.  Andrew Wood of Chatham House believes that the real problem is that ‘nobody‘ wants to invest in Russia.  Ahead of the G20, British Prime Minister David Cameron has called Russia’s actions in Ukraine ‘unacceptable […] It is a large state bullying a smaller state in Europe‘, a sentiment echoed by Australian Prime Minister Tony Abbott.  ‘It actually says more about Russia’s weaknesses than strength that the former KGB colonel has atavised into a czar.’   Two Dutch F16 fighter jets, part of a NATO force, have reportedly intercepted a Russian Ilyushin transport aircraft flying near Estonian and Lithuanian airspace.  All of the Nordic states are apparently concerned about Russian ‘brinkmanship’.  Although global concern over Russia’s movement of troops into Ukraine is mounting, this has not prevented President Putin from being invited to Davos in January.

Punk provocateurs Nadezhda Tolokonnikova and Maria Alyokhina of Pussy Riot have been in London and spoken to the Guardian about Putin, prison and sanctions against Russia, which they both support.  Russia’s Supreme court has sustained the ruling of Samara’s regional court defining the region’s Jehovah’s Witnesses as an extremist organization.  United Russia lawmaker Vitaly Milonov is penning a bill that would force couples to wear traditional attire on their wedding day.  Environmentalists are worried about the effect sunken Soviet nuclear ships will have on their Arctic environs, with one analyst predicting an ‘Arctic underwater Chernobyl‘. This comes amid news that a Gazprom oil rig has been damaged by a storm in the Arctic Pechora Sea.

In news welcomed by Beijing, with whom Russia has been seeking warmer ties, North Korean leader Kim Jong Un has revealed his plan to send a close associate to Russia as a special envoy.

PHOTO: While other nations abandoned the practice of dumping radioactive waste at sea, the Soviet Union continued to do so until its collapse in 1991. (flickr)