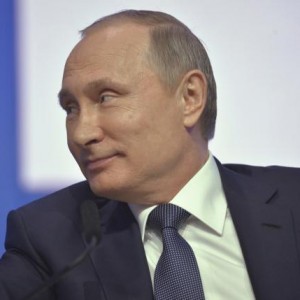 The Federal Statistics Service has revealed that Russia’s GDP fell 3.7% in 2015, its most severe contraction since 2009, with the drop in oil prices to blame.  Bloomberg considers why this hits the economy so hard and sees the subsequent depreciation of the ruble and increase in inflation within an insufficiently diversified economy as key factors.  Major lender Alfa Bank has slashed its estimate for the nation’s growth in 2016, envisaging it will shrink 1.5% this year as opposed to expanding by 0.3% as previously hoped.  Industrial output in Russia shrank 3.4% in 2015, also for the first time in six years.  With soaring inflation, real wages declined by 9.5% last year compared to 2014.  A problem not just for Russians but for guest workers from Central Asia, who are now more and more likely to be attracted by salaries offered by recruiters from radical Islamist organizations in the Middle East, expert Paul Goble suggests.

Breaking with his typically cautious stance on former Soviet leaders, President Putin has sharply criticized Vladimir Lenin at a meeting of the presidential council on science and education, accusing him of placing a ‘time bomb’ under the state.  Later, at the All-Russia People’s Front, he explained his comments, arguing that Lenin’s belief (in contrast to Stalin’s) that territories could secede ’caused the country’s eventual breakup’.  The Defense Ministry has denied reports that Moscow hopes to establish a new airbase in Syria.  President Putin has asserted that air strikes in the country will continue for as long as required.  Russia looks set to rekindle rivalries with Japan over the contested Kuril islands, by proposing the development of fisheries in the zone with foreign partners (though it will offer Tokyo first refusal).

Oil giant Lukoil has signed a deal with Iran on two oil exploration projects, worth around $6 million, in the southwest of the country.  Leonid Fedun, the company’s vice-president, believes that Russia needs to start working with OPEC to cut oil supplies to the world market to try to bolster prices.  A U.S. Treasury official has told the BBC that Washington considers President Putin to be corrupt and has done so for ‘many, many years’.