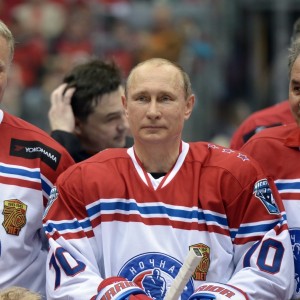 Already burdened with the ‘foreign agent’ label, a new law has now been passed which could tag international NGOs as ‘undesirable’ if their activities are deemed to threaten ‘Russia’s defense capabilities, security, [or] public order’.  The Guardian examines how in contesting the term ‘foreign agent’, the Committee Against Torture exposed the paradoxes of Russia’s judicial system.  In the former Yugoslav republic of Macedonia, where political tensions are mounting, the Kremlin has accused ‘Western organizers’ of attempting to ‘push the country into the abyss of ‘color revolution’.  Seventeen gay rights activists have been arrested during a peaceful demonstration in St. Petersburg to mark the International Day Against Homophobia, Transphobia and Biphobia.  Movement in the Boris Nemtsov case: the lead detective in the investigation has reportedly been replaced, whilst suspect Ruslan Geremeyev, who is a Chechen police officer, has reportedly been permitted to flee before facing questioning.  The latter point ‘has fuelled fears of a high-level cover-up’, says The Times.

Wanted for two years, property tycoon Sergei Polonsky has been deported from Cambodia back to Russia to face embezzlement charges.  In a decision that has raised eyebrows, Mikhail Fridman’s LetterOne Group has named fierce Kremlin critic and former Swedish Foreign Minister Carl Bildt as an adviser to its board.  Mexico says it will not suffer economic losses for the loss of its MexSat-1 communications satellite, which was destroyed when the Russian Proton-M carrier transporting it crashed in Siberia.  Russia would like to receive a $1.1 billion compensation package for the suspended Mistral war ship deal with France, in what looks likely to be a lengthy wrangle.  The Russian economy has beaten ‘dire predictions’ and only contracted by 1.9% in the first quarter year-on-year.  ‘The best that can be said about Q1 GDP data from Russia is that the economy has avoided outright collapse and is, instead, merely on the cusp of recession’ says one cautious analyst.  One sector has flourished as a result of the crisis: whilst ruble depreciation has made imports much more dear, it has given a welcome boon to domestic industry.

President Putin has led a hockey team composed of allies like Gennady Timchenko and the Rotenberg brothers to victory in an exhibition game with retired NHL players on the weekend.  For some of the most sardonic Tweets on the matter, consult The Independent.  Putin’s eight-goal win, along with the fact that a St. Petersburg Cossack group have unveiled a bust of the President depicted as a Roman emperor, has one journalist wondering if the President’s ‘cult of celebrity’ is reaching unprecedented levels.

PHOTO: Russian President Vladimir Putin poses for a photograph after an exhibition hockey game at the Night Hockey League tournament in the Black Sea resort of Sochi, Russia, May 16, 2015. President Vladimir Putin has played in an exhibition hockey game and scored one goal after another on assists from retired NHL players. (Alexei Nikolsky/RIA-Novosti, Kremlin Pool Photo via AP) ( /Associated Press)