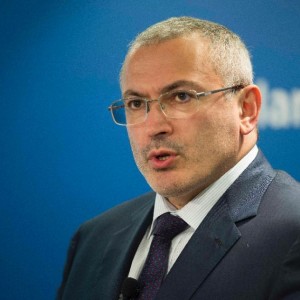 Russian media have reported that the Belgian authorities have frozen Russian state assets possessed by a number of companies in connection with the $1.8 billion lawsuit filed by ex-shareholders of the now-defunct oil firm Yukos.  ‘[M]uch about the Belgian ruling remains unclear’, but the certainty is that it is unlucky to please the Kremlin, says Foreign Policy, which described it as a ‘second blow’ to the Russian government; the ‘first blow’ being the European Union’s decision to extend economic sanctions against Russia to the end of January and the investment ban on Crimea for another year.  Russia is reportedly unlikely to establish any new retaliatory sanctions, preferring to retain the status quo.  Finance Minister Anton Siluanov has asserted that his ministry’s forecasts took into account the prospect of renewed sanctions.  Just as well, since a number of articles today, including this one, have taken the opening of the St Petersburg Economic Forum as a chance to discuss the sorry state of Russia’s economy.  Despite President Putin’s best efforts to restore Russian capital to Russia, apparently almost 25% of Russians’ private wealth is likely to remain offshore in coming years.  There is no reason for the West to worry about a new arms race, says one of Putin’s foreign policy advisors – Russia cannot afford one.

The Interior Minister has suggested a novel way of encouraging foreign investment – by decriminalising drug use –  a move the Interior Minister believes would reduce crime statistics and soften the nation’s image.  Hopes that enhanced cooperation with China will alleviate economic woes might be stymied by a new report on the views of Chinese business leaders.

At a conference in Washington, Yukos founder and dissident Mikhail Khodorkovsky has described Russia’s confrontation with the West as ‘absolutely artificial’, a propaganda tactic used ‘to distract the attention of the populace from the corruption and inefficiency’ of the current regime.  When it comes to the West, fellow dissident Garry Kasparov agrees that Putin is ‘just blatantly bluffing’, though unlike Khodorkovsky, he believes that the West should arm Ukraine with defensive weapons.  A Moscow court has fined the Dynasty Foundation, which works in the sphere of science and education, $5,400 after failing to register as a ‘foreign agent’.  The foreign agent label means the foundation will no longer be able to offer support to state-funded libraries, schools and colleges.  Attention all singers: the Supreme Court has upheld a bill on introducing criminal responsibility for insulting Russia’s national anthem.