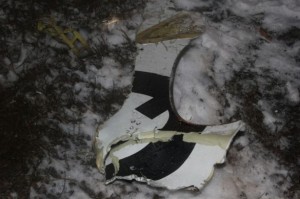 A Boeing 737 has crashed on landing in the Tatarstan capital of Kazan, killing all 50 people on board.  Pilot error, technical issues, difficult weather conditions and bad fuel are all possible causes.  Irek Minnikhanov, the son of the Tatarstani President Rustam Minnikhanov, was among those who died, as was Alexander Antonov, the chief of the regional branch of Russia’s Federal Security Service.  It has been reported that Pussy Riot’s Nadezhda Tolokonnikova may spend the rest of her two-year prison term in the Siberian prison hospital to which she was admitted following a hunger strike.  The Guardian offers extracts from the activist’s correspondence with Slovenian philosopher Slavoj Žižek, in which she expounds the theoretical basis for the group’s work.  Petr Pavlensky, the artist who nailed his scrotum to Red Square in protest at the ‘police state’, has been charged with hooliganism and faces a prison term (of up to 5 years) or a fine.  Journalist Masha Gessen describes her experiences as an openly gay woman in a Russia here.  With stories like this one a not-unusual occurence, it is perhaps unsurprising that Gessen plans to emigrate.

Tycoon Mikhail Prokhorov has agreed to purchase Suleiman Kerimov’s 21.75% stake in potash miner Uralkali in a move that should defuse tensions between Russia and Belarus over the collapse of a sales cartel.  State lender VTB has agreed to join other creditors in restructuring the $9.6 billion debt of mining group Mechel, whose crisis-era borrowing has submerged it in debt.  The State Duma has made some progress in its attempts to break Gazprom’s monopoly on LNG exports.  Will Soviet secrecy culture endanger Rosatom’s plans for an export drive?

Opposition politician Alexei Navalny has been elected the leader of the People’s Alliance party at its founding congress.

PHOTO: Remnants of the Boeing 737 which crashed in Kazan, November 18, 2013, killing all 50 on board. The plane was operated by air carrier Tatarstan Airlines. (Emergency Situations Ministry)