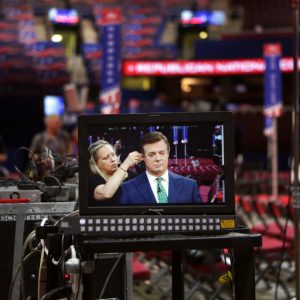 On the eve of Donald Trump’s inauguration, the New York Times reports that American intelligence agencies have intercepted communications in an investigation into possible political and financial links between Russia and associates of Donald Trump.  Former campaign manager Paul Manafort, who previously worked for oligarchs like Rinat Akhmetov, Dmitry Firtash and Oleg Deripaska is a target, as are other Moscow-friendly Trump associates Carter Page and Roger Stone.  The agencies have apparently chosen to speak out now, as once Trump is inaugurated, he will have the power to stop some of the investigative work they are undertaking.  For the Kremlin, the Trump presidency is apparently seeming less and less sweet, as the controversy about hacking is pushing some top Republicans to take a harsher stance on Moscow, and the matter of sanctions.  Bloomberg considers the investment perspective and notes it unlikely that sanctions would be lifted immediately.  Things always starts out well when a new President arrives, says the Moscow Times, but ‘much as the bread always lands butter-side-down, Russia welcomes every new president warmly, and U.S.-Russian relations tend to start promisingly – only to end poorly and then to begin anew’.  Indeed the head of Russia’s State Duma Committee on Foreign Affairs, Leonid Slutsky, has refuted the possibility of a ‘quick fix’ and urged caution in moves to improve relations.  None of this has deterred a group of gunsmiths in Zlatoust from making a commemorative two-pound coin reading ‘In Trump We trust’.

Kremlin-backed news outlet RT is at loggerheads with Facebook, after the social network temporarily suspended its right to share content in the wake of a copyright dispute, for a period that would prevent them from sharing coverage of the Trump inauguration.  RT representatives have accused Washington of political interference and authorities in Moscow says they could retaliate with similar moves against U.S.-based media.  As part of the FBI’s search for hackers, a Russian programmer has reportedly been arrested whilst on holiday in Spain.  The Constitutional Court has rejected a ruling by the European Court of Human Rights to pay $1.9 billion in compensation to the former shareholders of defunct oil company Yukos, on the basis that it violates the Russian constitution.

First Deputy Prime Minister Igor Shuvalov apparently believes that Russia’s economy could grow by 2% in 2017.  This article examines how, as global attention is distracted by Syria and Trump, the Kremlin is seeking to extend its influence in the Balkans.  Amnesty International has urged Russia not to adopt legislation that would decriminalise certain types of abuse in the family home, calling it a ‘sickening attempt to trivialize domestic violence’.