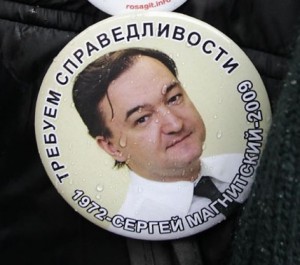 Russia’s investigative committee has announced that a probe into the death in prison of Sergei Magnitsky has been closed, on the basis that there was ‘no crime’, despite prior evidence that the whistle-blowing lawyer had been beaten and denied medical treatment.  ‘Admitting that what happened to Magnitsky was wrong means admitting that something is seriously wrong with the entire prison system.’   On the orders of the Supreme Court, a review of the criminal case of former Yukos head Mikhail Khodorkovsky and his business partner Platon Lebedev will be held after their defense lawyers argued that both their 2005 and 2010 trials were illegal.  Permission for a Strategy 31 freedom of assembly rally has been denied by Moscow city authorities.  Government inspectors in at least nine Russian regions have undertaken hundreds of unscheduled checks on NGO offices for evidence that foreign agents are involved in their financing.  The Foreign Ministry has announced that rebels in war-torn Syria have used game-changing chemical weapons in an attack which killed 16 people.  Washington has apparently expressed ‘deep skepticism’ about the reports.

Michael Sarris, Cyprus’ finance minister is in Moscow for ‘frantic talks’ to resolve its debt crisis.  The Minister is expected to offer a range of incentives for the Kremlin to assist in rescuing the island’s financial sector.  Russia’s envoy to the European Union, Vladimir Chizhov, may have compared the EU’s proposed bank levy to ‘forceful expropriation’, but ‘a 10% haircut would be mild compared with the 51% Russia took from investors after it defaulted on its domestic bonds back in 1998’, says this article.  The Cyprus situation could even present ‘good opportunities‘ for Russia, First Deputy Prime Minister Igor Shuvalov has argued.  President Putin has officially nominated Elvira Nabiullina for the post of the chairman of the Central Bank, subject to a vote in the State Duma. Gas monopoly Gazprom is apparently eyeing Italian major Eni’s gas assets in Mozambique.  Roman Abramovich’s teenage son Arkady has made his first step into acquisitions, with the purchase of a Siberian oil field.