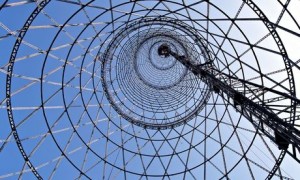 U.S. citizen and NGO consultant Jennifer Gaspar faces deportation after a St. Petersburg court upheld a verdict from the migration authorities which labelled her a threat to national security; the case, critics say, is motivated by her husband’s work as a human rights lawyer.  Imprisoned opposition leader Sergei Udaltsov has ended his nearly one-month hunger-strike, amid growing concerns for his health.  The Moscow Times reports on the work of Dissernet, an organisation which exposes high-ranking degree holders who bought their dissertations on the black market.  Migrant laborers in Moscow are gearing up for a mega rally this fall to call for an end to their ‘slavery‘.   The Russian Foreign Ministry’s human rights, democracy and rule of law commissioner, Konstantin Dolgov, has used the troubles in Ferguson, Missouri to indicate that the U.S. should tend to its own affairs rather than intervening in the ‘internal affairs of other countries‘.

After negotiations in Berlin on a peaceful resolution stalled, it has been reported that the Presidents of Russia and Ukraine will meet in Minsk next week, along with officials from the E.U. and the Eurasian Customs Union to discuss the conflict.  State-run broadcaster Rossia 24 has accused a number of top Ukrainian officials of Satanism.  The European Bank for Reconstruction and Development has abandoned a project with Rosnano as a result of sanctions, which, if they continue, will see Russia refuse to participate in PACE.  The Defence Ministry is conducting more military exercises in southern Russia.  The Kremlin is determined to secure ‘sovereignty of information‘, but can it really do without Western software?

WWF warns that Russian citizens have an above average use of natural resources.  In a rare boon to preservation, Moscow’s Soviet-era Shukhov Tower has been saved from demolition by local authorities.