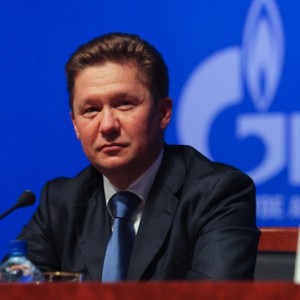 Today a rare joint session will be held by both chambers of the Russian parliament to discuss a response to international terrorism, as part of which tougher criminal sentences for terrorists and their abetters might be introduced.  Upper house speaker Valentina Matviyenko hopes to establish an international tribunal to denounce terrorism crimes.  In its ongoing intensive bombardment of ISIS targets in Syria, the army asserts it has destroyed the headquarters of the terrorist group, along with oil and weapons facilities.  Despite Russian claims that no ground troops are deployed, a map shown by the Russian military on state television has apparently revealed the presence of an artillery unit in Homs.  Bloomberg wonders whether the Paris attacks have heralded the beginning of a thaw between Russia and the West – and could this lead to the lifting of sanctions?  Foreign Minister Sergei Lavrov believes that the attacks have helped the West realise that the priority in Syria is to fight Islamic State, not to oust President Bashar al-Assad.  A senior Ukrainian diplomat is concerned that the rapprochement between Moscow and the West will come at Ukraine’s expense.  Indeed, the Washington Post notes that in eastern Ukraine ‘the Russian guns are firing again’.

China will purchase 24 Sukhoi-35 fighter jets from Russia in a deal worth more than $2 billion, one of the largest contracts for military jets to have ever been signed between the two countries.  As part of an energy cooperation agreement with Russia, China has indicated it will limit aluminum production in an attempt to prevent oversupply.  Moscow and Cairo have signed an agreement for Rosatom to build Egypt’s first nuclear power plant, with Russia extending a loan to Egypt to cover the cost of construction.

In a more significant contraction than anticipated by economists, real wages fell 10.9% in October from a year earlier.  More than 25,000 bank employees were made redundant in the first nine months of this year.  Forbes magazine has found that Alexei Miller, the head of natural gas producer Gazprom, was Russia’s highest-paid executive last year, with earnings of $27 million.  The U.S. embassy in Moscow has lampooned a fake letter, allegedly showing the embassy’s support for gay rights organisations, published by pro-Kremlin daily Izvestia, for its glaring grammatical and stylistic errors.