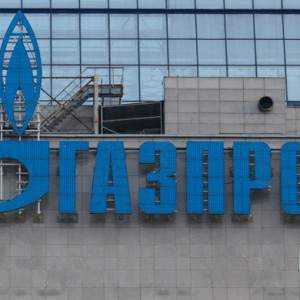 It is expected that this week the E.U. will launch a legal attack on Gazprom, as anti-trust regulators accuse it of abusing its position as the dominate supplier in Europe, ratcheting up prices and quashing the competition.  The European Competition Commissioner has insisted the case against Gazprom is not a matter of politics and has nothing to do with the conflict in Ukraine, despite Russia’s assertions to the contrary.  ‘This will further worsen relations between Russia and the West,’ says one expert, ‘but one has to assume that European policy makers knew that and decided that it would ultimately give them more leverage in dealing with Moscow’.  In a move that suggests the West is less and less at ease with Russian capital, Britain has ordered tycoon Mikhail Fridman to sell his North Sea gas fields within six months, and that failing that, their licenses will be revoked.  A meeting between Greek Prime Minister Alexis Tsipras and the head of Gazprom is likely to yield an agreement on a natural-gas link to Europe across Greece, analysts concur.  The value of Russia’s international trade dropped 30.1% year-on-year in the first two months of 2015 amid the deluge of financial problems.  On the upside, it has been noted that thanks to the recovery of the ruble in recent weeks, consumers are seeing the prices of some foodstuffs decrease.

The refusal of numerous Western leaders to attend Moscow’s Victory Day celebrations has been a blow to Russian prestige, argue some observers, as the anniversary draws near.  A prison amnesty timed to coincide with the festivities will see up to 400,000 people released or have charges dropped, and will extend for the first time to single fathers and cancer patients.  Experts (among them Finance Minister Anton Siluanov) are arguing that the state’s commitment to costly military modernisation is not a viable option in this period of budgetary constraints.  Russia’s military doctrine is what requires modernising, argues this Moscow Times op-ed, which sees it as thwarted by ‘an endless rehashing of the same old ideas’.  Apparently more and more women are interested in signing up to the armed forces.  Despite its assertions to the contrary, Russia is at home in the E.U., argues Maxim Goryunov, because the union is ‘a club of those who have lost their former empires.’  The Kremlin has insisted that Dmitry Rogozin’s visit to a Norwegian island was in line with a treaty regulating the Svalbard archipelago.  The Washington Post examines how the hawkish Rogozin sums up the import of Russia’s Arctic interests.

The editor of the monthly newspaper Radical Politics has been sentenced to seven years in prison for promoting terrorism, his third conviction on this charge.  Russian hacker group Anonymous International have broken into the e-mail account of Aleksandr Zharov, the head of Russia’s state agency for media oversight and revealed some insider information on the state’s approach to media and … vacationing.

PHOTO: Gazprom, the Russian behemoth, with annual sales of some $100 billion, supplies about 30% of the E.U.’s natural gas ( Maxim Zmeyev / Reuters).