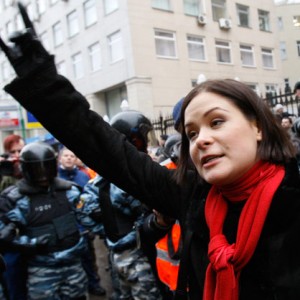 TODAY: Russia proposes alternative U.N. resolution on MH17 which would minimise international involvement; Maria Gaidar faces the fall out of her decision to work in Ukraine; Spartak edits Kasparov out of its history book; value of wages plummeting; Kaliningrad; cheese smuggling.

Russia has introduced a U.N. resolution demanding that those responsible for shooting down flight MH17 over Ukraine last year be brought to justice, but in a way that does not involve the international tribunal that the five countries investigating the crash have hoped for.  The decision of politician and lawyer Maria Gaidar to work in Ukraine for former Georgian President Saakashvili (thus allying herself with two of the Kremlin’s arch foes) seems to have won her an army of new foes in the Russian media.  She has defended her decision, arguing, ‘this is not just a local conflict between Russia and Ukraine, it is a conflict of values, a civilizational conflict’.  The NGO Gaidar leads, Social Demand, has been refused its funding.  ‘One has to hate Russia to go work for the Kiev regime — and for whom? For Saakashvili. After this, she has no future in Russian politics,’ says Alexei Pushkov, head of the State Duma’s foreign affairs committee.  Sporting club Spartak has commemorated its 80th year in existence with a special book, though readers have noted that one of its most famous members, Garry Kasparov, receives scant mention.  ‘I suppose if Putin’s lackeys want to remove my name from every Soviet/Russian record book it will at least keep them busy for a long time!’ was the reaction of the chess master and Putin critic.  Sanctions and suspicions of Western influence are reportedly having a deleterious effect on the work of Russia’s scientists.

Moscow’s involvement in the landmark nuclear negotiations with Tehran may ease Russia’s way in to deeper energy ties with Iran, once sanctions are lifted, suggests this article.  Reflecting on Russia’s attempts to develop eastward ties via the S.C.O., there remains the question of whether ‘mutual distrust‘ is the members’ common denominator, rather than ‘shared interests‘.  Soaring inflation has seen the value of Russian wages tumbing at the fastest rate in nearly two decades – and the government is allegedly not doing enough to help those falling into poverty.

Will the Baltic exclave of Kaliningrad remain a ‘tiny island of Russianness amid a rapidly modernizing European sea’ or is it susceptible to influence from its neighbours?  Either way, it has secured a reputation as a cheese smuggling destination thanks to one man’s (unsuccessful) attempt to drive nearly half a tonne of the sanctioned substance into the region from Poland.