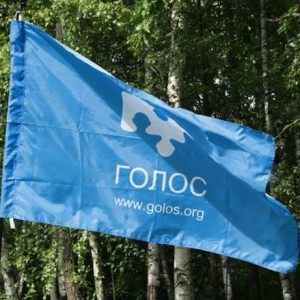 A number of United Russia candidates running in gubernatorial elections have contravened electoral law by receiving foreign funding for their campaigns, independent election watchdog Golos has found, and the party of power’s funding is ‘two-and-a-half times larger than the combined funding of all the other participants in the 2015 gubernatorial race put together’.  Vasily Vaisenberg, an expert at Golos, has been attacked in the Moscow metro by a man who accused him of being a ‘foreign agent’.  The Communications Ministry has suggested preventing NGOs labelled foreign agents from having their own media outlets, a move which would apparently be a direct violation of a Constitutional Court ruling of 2014.  Although Ukrainian roofer Mustang Wanted admitted it was he who painted Ukrainian colours onto Moscow’s Kotelnicheskaya Embankment Building last year, the four Russian base jumpers found at the scene are in court this week on charges of hooliganism and inciting hatred.  Prime Minister Medvedev is throwing a lifeline to companies on the verge of bankruptcy.

After lengthy negotiations, Russia has reportedly reached an agreement to deliver S-300 surface-to-air missile systems to Iran, and appears unconcerned at the thought of possible U.S. sanctions in response.  Russia is planning to build a $2 billion natural-gas pipeline in Pakistan and will sell Islamabad four Mi-35 attack helicopters as ties between the two countries deepen.  Russia and China have launched the second phase of their largest joint naval exercise to date.

Russian Deputy Transport Minister Oleg Belozerov will replace Vladimir Yakunin at the helm of Russian Railways.  Although Yakunin has been criticised as an inefficient manager, one government source noted that army operations in Ukraine last year were largely facilitated through his mastery of the railways.  The wife of former Moscow mayor Yury Luzhkov, Yelena Baturina, remains the richest woman in Russia, despite the loss of political influence, according to Forbes.  The Rotenberg family has lost nearly half of its fortune due to sanctions and the Gutseriyevs, of BIN group, have taken the top spot in the Forbes dynasties ranking.  Russian customs officials want to make smuggling banned Western foods as serious a criminal offense as smuggling explosives, with punishments for those found guilty of up to 12 years in prison.