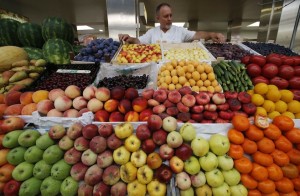 Kremlin-critical radio station Ekho Moskvy is facing an unscheduled 20-day inspection by the prosecutor’s office, two days after the station broadcast an interview with opposition leader Alexei Navalny which prompted threats of ‘problems‘.  Corruption-battling attorney Andrei Stolbunov, who gained fame for representing journalist Mikhail Beketov, is seeking asylum in the U.S. amid fears the authorities will launch a politically-motivated case against him.  A Bulgarian court has refused to extradite Kremlin critic Nikolai Koblyakov.  The prospect of Russia’s Memorial human rights organisation being liquidated has Martin Schulz, the President of the European Parliament, worried.  Sweden’s military continues to observe ‘foreign underwater activity‘ (the suspected presence of a Russian submarine) near the country’s capital, in a story drawing ‘Hunt For Red October’ comparisons.  In the Arctic, on the other hand, Russia’s increasing military presence is apparently flagrant.  A new report by Amnesty International finds that reports of atrocities in the Ukraine conflict have been grossly exaggerated on both sides as part of a ongoing propaganda war.

Talks on Russian gas supplies to Ukraine have reportedly proved inconclusive; whilst a price has been agreed for the October 2014-March 2015 period, the Kremlin continues to seek assurances on how Kiev will finance imports.  Energy Minister Alexander Novak says Russia has yet to see evidence of the European Commission’s willingness to find financing.  The Minister says that Russia is, however, optimistic about the prospect of reaching an agreement.  Meanwhile, Russia is imposing a temporary ban on fruit and vegetable imports from Ukraine.  McDonald’s is blaming its 0.92% loss in diluted earnings in the third quarter of 2014 on temporary store closures in Russia and Ukraine.

Lithuania has asserted that once its LNG terminal begins operations, it will be independent of Russian gas supplies.  Finance Minister Anton Siluanov has announced that in order to counter banks’ and companies’ shortage of dollars and euros, his ministry will hold its first foreign exchange deposit auction in early November.  In the death of Christophe de Margerie, CEO of Total, Russia has lost one of its ‘most outspoken allies‘.